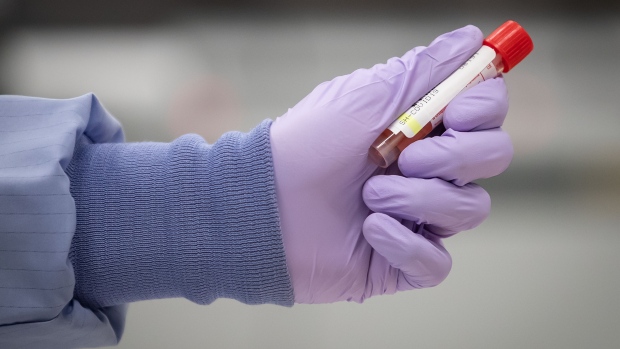 TORONTO — As countries tentatively begin to relax lockdown restrictions in bids to revive their economies, many questions remain about the novel coronavirus and its effect on people.

Despite the tireless efforts of doctors, scientists, and researchers around the world, there are still lingering questions about the transmission of the virus, how it sickens individuals, and what will happen next.

Rob Kozak, a clinical microbiologist at Sunnybrook Hospital in Toronto who helped isolate the SARS-CoV-2 virus in March, said it’s important to remember that people really only became aware of the virus five months ago.

“It hasn’t been with us for long enough. We’re just sort of starting to see now the follow-up on people who perhaps got infected in January and have recovered and what will happen with them,” he told CTVNews.ca during a telephone interview on Thursday.

And, although quarantined individuals are eagerly anticipating a return to normalcy, researchers say the answers to questions about how that will happen could still be many months away.

Here are 10 important questions about the coronavirus from experts who are trying to answer them.

HOW MANY PEOPLE HAVE BEEN INFECTED?

Kozak said it’s difficult to know how many people have truly been exposed to the virus because some of them may have been asymptomatic, meaning they had no symptoms. Others may have only experienced such mild symptoms that they weren’t even aware they had COVID-19.

While the extent of exposure isn’t clear now, Dr. Isaac Bogoch, an infectious diseases physician and scientist with the Toronto General Hospital, said it will be possible to answer that question eventually with the use of serology tests or blood tests.

“You don’t have to do serology on every single Canadian, but you can certainly do serologic assays on a representative portion of Canadians and use mathematical modelling to estimate what the true burden of infection was,” he explained.

Bogoch said he expects the number of cases will be “enormous” once the tally is conducted.

“The numbers that we have are clearly an under-reflection of what the true burden of illnesses is,” he said.

HOW DO CHILDREN TRANSMIT THE VIRUS?

While children appear to be less affected by the coronavirus than older generations, Bogoch said it’s still unclear what role they play in transmitting it to others. He also said they still don’t know if children are being infected, but are affected differently than adults.

Jude Uzonna, an immunologist and infectious diseases researcher at the University of Manitoba, said there is now evidence that children are experiencing widespread and systemic inflammatory response syndrome, which is similar to an inflammatory illness called Kawasaki disease.

“It’s still unanswered,” he said. “If it is true, that young kids are really having this kind of condition, are you going to be sending your kids back to school?”

WHAT IS THE SEVERITY OF ILLNESS?

In addition to early evidence of a potentially dangerous inflammatory response in children, both Bogoch and Kozak said it’s still too early to know what the spectrum of the illness is in different individuals.

Bogoch said they’re still trying to understand how the virus affects blood clotting in some patients, for example, or why some people have reported a loss of smell or taste. He said they’re also still in the process of studying how the virus binds to different parts of the body, such as brain cells and kidney cells.

While there has been a lot of attention given to the question of why some individuals are harder hit by the disease than others, Kozak said researchers still don’t have concrete answers to that either.

“If you and I both got exposed to COVID-19, maybe I end up in the ICU (intensive care unit) with very severe disease and you get the sniffles and don’t even go to get tested because you’re not aware you’re sick,” he said. “We don’t know what the reasons are for that discrepancy if we’re both exposed to the same virus.”

CAN PEOPLE DEVELOP IMMUNITY TO THE VIRUS?

Although there has been plenty of talk of concepts, such as “herd immunity” and “immunity passports,” which are based on the premise that people who contract the virus won’t be able to get it again, Uzonna said they still don’t actually know if patients can develop a protective immunity to the virus and if they can, how long it would last.

“There are different types of immunity, for example, something like a smallpox will give you an immunity that is lifelong. Some immunities will just go away within a year or two,” he explained.

Kozak said preliminary data suggests patients who contract the virus develop antibodies that will likely be protective against a second infection, but he said they still don’t know enough about the disease’s correlates of protection, which are markers that can be measured in a lab to determine whether someone is protected.

WHEN IS SOMEONE NO LONGER INFECTIOUS?

Furthermore, in addition to not knowing how long someone may be immune to coronavirus, Kozak said they also don’t know when a patient is no longer infectious. He said there is interesting data from Germany and the U.S. Centers for Disease Control (CDC) that suggests people may not be shedding the infectious virus about eight or nine days after they develop symptoms, but they still don’t know for sure.

“We need to do lots of studies on lots of patients to truly see when a patient is no longer infectious, even though there may still be viral nucleic acid present in their nose or in their throat.” he said.

“That’s often a problem because you’ll be testing someone and they’ll still be positive, but maybe they’re not shedding virus anymore.”

HOW WILL MUTATIONS AFFECT THE VIRUS?

There have been studies claiming to show the coronavirus has mutated into more virulent strains; however, Kozak said that is still not certain.

“It is entirely possible that there are mutations that are associated with either worse disease or more mild disease,” he said. “So from a virology standpoint, that’s what we would want to look for. We want to know if there are any mutations where you’re more likely to get admitted to hospital and maybe the ICU or you’re more likely to be fine and just be able to go home.”

Kozak said that information will also be helpful in understanding why certain individuals become sicker than others and whether that’s related to an individual strain of the virus or their genetic predisposition, or a combination of both of those factors.

WILL THERE BE COMPLICATIONS AFTER RECOVERY?

With a lot of diseases, Kozak said patients will often develop complications from it months or even years after they have recovered.

For example, in the aftermath of the West African Ebola outbreak, Kozak said survivors experienced a lot of rheumatological or eye problems, even after they had recovered.

“So what we don’t know with patients, will there be a syndrome of like a viral syndrome, which occurs in patients after they’ve recovered from COVID?” he asked.

Kozak said it’s still too early to be able to answer those questions because they’re only starting to study the long-term effects on patients who recovered in January.

WHY ARE SOME AREAS HARDER HIT?

Uzonna said researchers are still unable to explain why some populations have been harder hit by the pandemic than others. He said many experts predicted that Africa would be devastated by the virus due to inadequate infrastructure and healthcare, but that hasn’t happened yet.

“Nobody has seen anything like that. So why is that? Why is Africa so far doing relatively OK compared to other countries?” he asked.

Uzonna said African nations aren’t taking more precautions than other countries so he wondered if there are other contributing factors.

HOW DO WARM TEMPERATURES AFFECT THE VIRUS?

Because the flu is considered a seasonal illness that affects more people in the colder months, some people have wondered if the coronavirus will follow the same trajectory and weaken in the summer.

Uzonna said they don’t know how warmer temperatures will affect SARS-CoV-2 because it’s different from the virus that causes the common flu.

Bogoch said they can’t rely on data suggesting that warm temperatures and ultraviolet rays will decrease the spread of coronavirus because places such as Ecuador, El Salvador, and Bangladesh have all experienced intense outbreaks despite their warm climates.

WILL THE VIRUS DISAPPEAR COMPLETELY?

While Bogoch and Kozak said they’re confident scientists will be able to develop a vaccine to protect against COVID-19, they said it’s still not clear how protective it would be and how long the protection would last.

“And if people get infected, is there the possibility that with the vaccine, they just might mitigate some of the severity of the infection that they’ll have.”

Although it may seem like there are still so many questions to be answered, Bogoch, Kozak, and Uzonna all agreed that most of them will have answers eventually.

“I’m cursed with a streak of optimism,” Kozak said. “I think that people will find answers to these.”

While he understands the public is eager for answers, Uzonna said they might have to be patient a while longer.

“Science is a rigorous process,” he said. “I understand it. People want to get answers. People want them because of what is happening, but these things take time.”