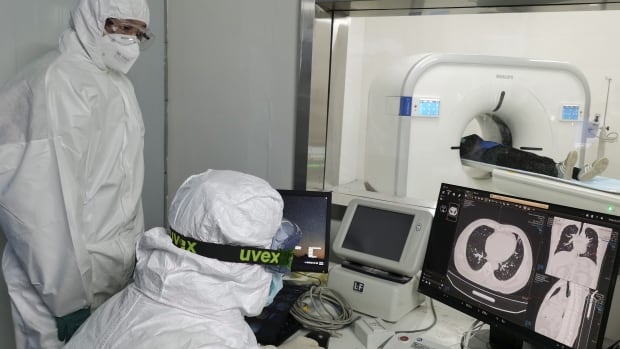 A second Canadian charter plane has departed Wuhan, China, to repatriate more people stuck in the epicentre of the coronavirus outbreak.

More than 200 Canadians had asked to be on the flight. The plane left China with 185 passengers on board, according to a tweet from Foreign Affairs Minister François-Philippe Champagne.

When a government-chartered jet left Wuhan last week to bring Canadians home from the outbreak zone, fewer people departed than were on the passenger manifest. Officials said at the time that some may have changed their minds at the last minute, or may have been denied permission to board because they were showing signs of illness.

The aircraft seats about 250 people, including crew and medical officials, and will travel to Vancouver before going on to Trenton, Ont.

“Due to the conditions and restrictions associated with this flight, we cannot predict the final number of passengers who will be on this flight,” said Global Affairs Canada spokeswoman Krystyna Dodds.

“We have received assurances from Chinese authorities that a permanent resident of Canada with a valid permanent resident card may accompany an immediate family member who is a minor and a Canadian citizen. We will attempt to keep families together, even when a Canadian minor is not departing on the flight. However, all departures are subject to approval by the Chinese government.”

The first Canadian charter flight to Wuhan carried out 174 Canadians and their family members, who are now undergoing a two-week quarantine at a military base in Trenton, Ont..

Another 39 Canadians left on an American charter and are now under quarantine at the base. Those departing Wuhan today will also be housed at the base for two weeks.

There have been more than 40,000 cases of the novel coronavirus reported worldwide, and more than 900 deaths.

In Canada, there have been seven cases of the virus: four in British Columbia and three in Ontario. Public health officials say the risk to Canadians remains low.

The U.K. already has elevated its risk level assessment from low to moderate; today, the country’s health secretary announced strengthened legal powers to impose restrictions on anyone thought to pose a risk of spreading the virus.

The regulations will apply to anyone trying to leave before the 14-day quarantine is complete, and will also allow authorities to detain anyone who may be infected.