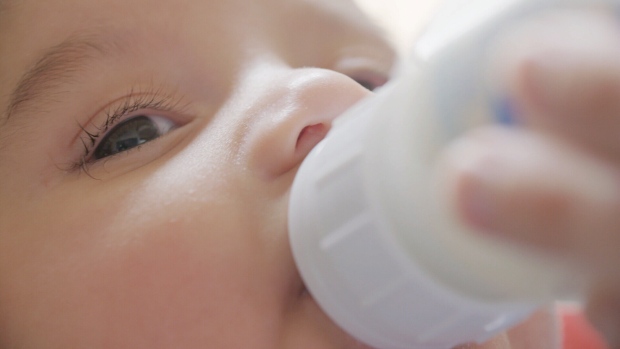 TORONTO — Three infants in the U.S. were left vitamin deficient and in poor health after being fed homemade alkaline diet formula, the CDC said.

Between August 2020 and February 2021, three infants across the U.S. required urgent medical care after consuming homemade formulas that followed the popular, yet unproven, alkaline diet. The diet claims to balance the body’s PH.

In August 2020, a nine-month-old child was brought to hospital after days of irritability. Doctors found that the child was underweight, had a prominent forehead and was unable to sit without help. After some tests, they found that the child had no detectable vitamin D. The child’s X-rays revealed rickets. His parents said that they had been feeding him homemade formula based on a vegan alkaline diet. The formula was made with coconut milk, dates and sea moss.

In January 2021, a four-month-old became unresponsive at home, according to the CDC. He was transported to hospital and was resuscitated. Lab results from the child’s hospital visit revealed that his electrolyte levels were abnormal and that he had signs of rickets. The child had been fed a homemade formula of sea moss, hemp seeds and coconut water for one month prior to hospitalization.

Also in January of 2021, a five-month-old infant landed in the emergency room with stiff limbs and blue-ish skin. Similar to the four month old, the child had symptoms consistent with rickets and had been on a diet of homemade formula consisting of coconut water, hemp seeds, dates, sea moss and alkaline water for two months before hospitalization.

In all three cases, the CDC says that the children lacked essential vitamins and nutrients such as vitamin D, calcium and iodine. The agency has since issued a warning about homemade alkaline formulas.

“Human breast milk and commercial infant formula contain vitamins and micronutrients essential for growth and development,” the CDC said in a statement. “Infants fed an alternative diet can develop severe deficiencies and experience long-lasting developmental consequences. The Food and Drug Administration has advised parents and caregivers not to feed homemade formulas to infants, and guidance on choosing an infant formula is available from CDC.”