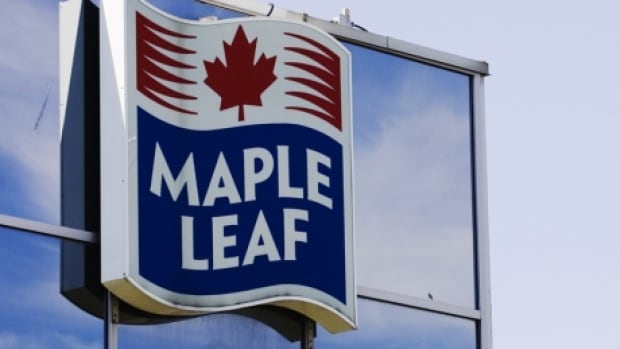 There are four more workers at the Maple Leaf Foods plant in Brandon, Man., who have COVID-19, the union that represents workers says.

A total of eight workers have now tested positive at the pork processing facility in southwestern Manitoba in recent days.

“When the three were announced yesterday, there was a very high absenteeism rate from the plant. And what we heard from our members is that they were all going to get tested, or large numbers of them were,” Traeger said.

“They don’t feel safe. The cases have now doubled since yesterday, so I suspect that fear will be worse.”

The first employee who tested positive started feeling sick while at work on July 28 and hasn’t been at work since, the union said earlier this week. More than 70 other staff members who may have been exposed went into self-isolation at home after that worker fell sick.

None of the eight cases are among workers on the production line.

The UFCW represents nearly 2,000 workers at the facility in Brandon, a small city about 200 kilometres west of Winnipeg.

The union and Manitoba opposition parties are calling on Maple Leaf to shut down operations at the plant until Aug. 10 at the earliest, pending additional information on any outstanding COVID-19 tests.

No plan to halt operations

The Brandon plant was inspected by officials from public health, workplace safety and the Canadian Food Inspection Agency on Thursday afternoon, Maple Leaf said in a statement posted online.

“The outcome of this inspection was a positive reinforcement of the rigorous steps Maple Leaf Foods is taking to provide a safe work environment and prevent workplace spread of COVID-19,” the statement says. Those measures include barriers, distancing and screening.

The company’s plant in Lethbridge, Alta., also has an employee who tested positive for COVID-19 in the past week, the statement says.

“Investigation into these cases indicates that all are linked to community spread, and not to workplace contact. All affected employees are recuperating at home,” the statement says.

The cluster originated with someone who travelled east of the province and did not self-isolate correctly upon return, he said.

One other employee, a security guard at the plant, tested positive for COVID-19 in May.