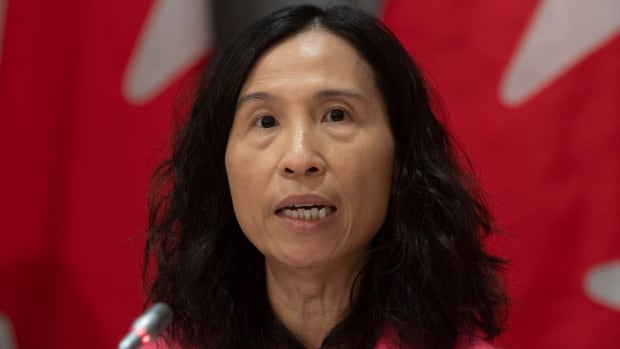 Canada’s top doctor says this coming week will be a crucial time during which public health officials will start to see if the aggressive physical distancing measures taken to prevent the spread of the coronavirus are working.

Dr. Theresa Tam said she is keeping a close eye on Ontario, Quebec and Alberta — provinces where the coronavirus is spreading within communities — to see if there will be a decrease in the rate of new confirmed cases, as British Columbia has seen.

“I still think it’s a little too early to tell because we are only at the end of March, but next week will be very important in terms of looking at those trends,” said Tam at her daily update on Sunday.

Canada currently has over 6,200 confirmed cases of COVID-19, the respiratory illness caused by the coronavirus, and just over 60 Canadians have died from it. Thousands more people are awaiting test results.

The number of confirmed cases has increased rapidly since the beginning of the month as testing ramped up and travellers were called home from abroad.

Provincial and municipal governments began taking steps in earnest to reduce the spread of COVID-19 about two weeks ago — closing schools and businesses, restricting mass gatherings and encouraging people to work from home.

But because of the incubation period of the virus, which can survive in the human body for up to 14 days, measures taken over the course of the past two weeks won’t start showing up in the data tracking the rate of spread until this week, Tam said.

B.C.’s chief public health officer Dr. Bonnie Henry said the data offered a “glimmer of hope,” but that the province needed to stay the course.

“I’m trying not to over-call it, but I do believe we’ve seen a flattening, a falling-off of that curve,” said Henry on Friday.

Provincial health officer Dr. Bonnie Henry says B.C. modelling shows that while the spread of COVID-19 appears to be slowing, the next two weeks are critical. 1:20

Quebec Premier François Legault also expressed cautious optimism. He said on Sunday the daily increase in positive cases in the province “seems to be stabilizing.”

One development that could put upward pressure on Canada’s caseload is the return of travellers, including snowbirds and families returning from March Break vacations.

More than a million Canadian citizens and permanent residents returned home from other countries between March 14 and March 20, the Canada Border Services Agency said last week.

Global Affairs Canada has been co-ordinating a series of repatriation flights for Canadians from a number of countries. Two flights from Spain and Kuwait arrived in Canada on Saturday, while additional flights from Ecuador, Guatemala and Spain are expected to bring people back today.

More Canadians are set to return from Haiti, Honduras, El Salvador, Sudan, Senegal, Congo and Ghana in the coming days.

Tam said she’ll be paying close attention to whether returning travellers brought the virus with them.

“With the influx of any groups of persons, whether it’s from a cruise ship or from returning travellers like the snowbirds, we have to be really, really vigilant and do the sort of rapid case identification, contact tracing,” said Tam.

“If someone is actually staying in the home for that 14 days where the incubation period occurs, that is the fundamental public health measure.”

At the same time as trying to reduce the rate of the spread, governments and health-care providers are preparing for a surge of hospitalizations.

Tam said hospitals are seeking to clear hospital beds and reduce occupancy in intensive care units to make room for COVID-19 patients. They are also trying to reduce what Tam calls the “burn rate” of protective masks and other equipment as the federal government seeks to obtain more.

She said these measures make sense to ensure masks and other needed resources are not wasted before more can be obtained.

“Responding to a pandemic is also about handling and prioritizing your most critical and scarce resources,” said Tam. “So is the effort to preserve them as much as possible while we’re still getting some more as well.”

There have been reports in recent days of Canadian hospitals rationing masks and other protective gear as they wait for fresh supplies to arrive amid what has become a global shortage of such equipment.

The Chinese Embassy in Ottawa tweeted Saturday that China was sending to Canada 30,000 medical masks along with gowns, gloves and goggles to help prevent the spread of COVID-19, prompting a message of thanks from Foreign Affairs Minister François-Philippe Champagne.

Canada had previously shipped about 16 tonnes of personal protective equipment to China in February, when that country was the epicentre of the coronavirus outbreak.

At his daily update on Sunday, Prime Minister Justin Trudeau said federal health authorities will not cut any corners when it comes to ensuring masks provided by China meet the necessary standards for protecting Canadian health-care workers from COVID-19.

The comment follows reports the Dutch government is recalling around 600,000 defective masks that were recently shipped from China and had been distributed to various hospitals in the Netherlands.

“Health Canada has very strong procedures for evaluating, for ensuring that what we get is up to the necessary standards,” said Trudeau. “There will be no corners cut on this one, we need to make sure that the equipment that our health-care workers rely on to keep them safe, as they keep us safe, is of a quality that is going to actually do the job.”