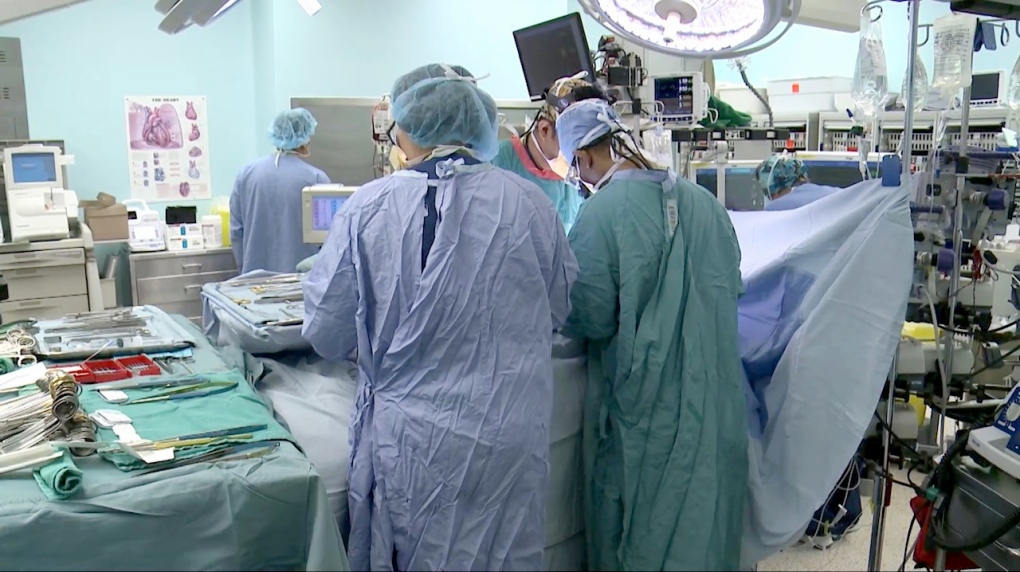 After waiting a year for surgery for her seven-year-old son, Rhonda Vance says the surgeon broke the news to her this week that it had been cancelled.

Her son, Keegan, was supposed to receive surgery for his clubfoot on Friday at Alberta Children’s Hospital in Calgary.

Instead, days before the surgery they’d been waiting for since last September, it was cancelled.

“We found out his surgery was cancelled as we were walking in to go see his surgeon in preparation for his surgery that was scheduled for tomorrow morning,” she said.

Keegan is one of hundreds of Albertans who are having their treatments cancelled due to soaring COVID-19 case numbers and hospitalizations that are overwhelming the province’s hospitals.

On Wednesday, Alberta Health Services (AHS) announced it is cancelling all scheduled elective surgeries and many outpatient treatments for the rest of the week in Calgary. A reduction in the number of surgeries is also happening in several health zones across the province.

“It was very frustrating and I definitely could see that in his surgeon’s eyes and just in his words yesterday that, having nurses being redeployed to take care of adults in the ICU who have COVID, and then my son having to again wait for this surgery that is definitely going to improve his quality of life moving forward,” Vance said.

Eric Mulder is another Albertan affected by the cancellations this week. The Edmonton-area man found out his brain surgery at the University of Alberta Hospital was cancelled less than 24-hours before it was set to take place.

“The first question I asked was, ‘When’s the new surgery date?’ and they told me there wasn’t one,” said Mulder.

“Now that everything is up in the air again, stress and anxiety is right back up there.”

In a statement, AHS says it will continue with all urgent and emergent procedures and prioritized cancer surgeries.

“This move will allow AHS to deploy qualified staff to support intensive care and critical care beds within the (Calgary) Zone,” read a statement issued Wednesday.

The 3:30 p.m. announcement is expected to outline the province’s actions to reduce pressure on Alberta’s hospitals.

With files from CTV Edmonton