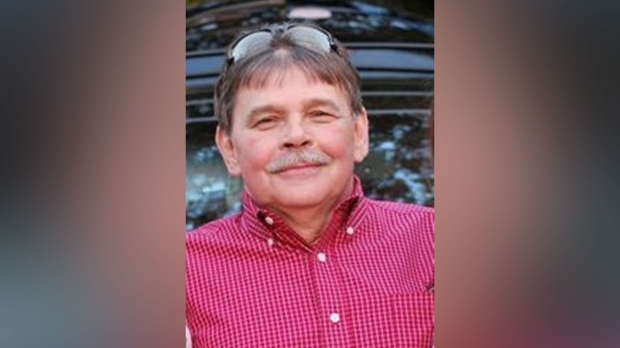 Ray DeMonia wasn’t seeking COVID-19 treatment when he arrived at an Alabama hospital with heart problems.

But the 73-year-old became an indirect victim of COVID-19 patients filling hospitals and ICU beds.

The cardiac patient from Cullman, Alabama, died in a Mississippi hospital ​about 200 miles (320 kilometres) from his home because there were no cardiac ICU beds nearby, his daughter Raven DeMonia told The Washington Post.

In DeMonia’s obituary, the family pleaded for everyone to get vaccinated to prevent others from being denied care due to a lack of resources.

“In honor of Ray, please get vaccinated if you have not, in an effort to free up resources for non COVID related emergencies,” the obituary read.

“Due to COVID 19, CRMC emergency staff contacted 43 hospitals in 3 states in search of a Cardiac ICU bed and finally located one in Meridian, MS. He would not want any other family to go through what his did.”

DeMonia went to Cullman Regional Medical Center on August 23 because he was having heart problems, Raven DeMonia told the Post.

She said her mother got a call from ​hospital staff about 12 hours after he was admitted, saying the staff had called 43 hospitals and were unable to find a “specialized cardiac ICU bed.”

Eventually, the staff found an ICU bed at Rush Foundation Hospital in Meridian, Mississippi, the daughter told the Post.

Raven DeMonia was stunned to learn her father had to be airlifted to Mississippi, she said.

Citing privacy reasons, a spokesperson for Cullman Regional Medical Center would not detail Ray DeMonia’s case when asked by the Post but did confirm DeMonia was “a patient in our care and was transferred to a different facility.”

“The level of care he required was not available at Cullman Regional,” Jennifer Malone told the Post.

“When patients are transported to other facilities to receive care that they need, that’s becoming increasingly more difficult because all hospitals are experiencing an increased lack of bed space,” Malone said.

Situations like the one faced by the DeMonia family are an “ongoing problem” during the Covid-19 surge, she told the Post.

CNN has tried to contact members of Ray DeMonia’s family and has reached out to the Cullman Regional Medical Center for comment.

Alabama was short 60 ICU beds as of Friday — an increase in need from one week earlier, when the state was down 40 ICU beds.

That means there are 60 patients “who are receiving critical care because they’re chronically ill and yet they don’t have an ICU bed,” Harris said Friday.

“They’re being cared for in an emergency department or a ward bed that’s been converted to an ICU room or on a gurney in the hallway.”

People must ‘realize the strain on hospital resources’

DeMonia had suffered a stroke in April 2020, his daughter said. Even though the pandemic was already taking hold across the country, a local hospital took just three hours to find a “Covid-free” ​hospital about 50 miles from Cullman, Raven DeMonia said.

Ray DeMonia loved antiques and had been in the business for ​about four decades, running DeMonia’s Antiques and Auctions​, according to his obituary.

The man who “traveled the country gathering antiques and sharing his wealth of knowledge,” died September 1, just three days before his 74th birthday.

“Dad would just want everything to get back to normal,” Raven DeMonia told the Post.

“If people would just realize the strain on hospital resources that’s happening right now, then that would be really amazing. But I don’t know if that’ll ever happen.”