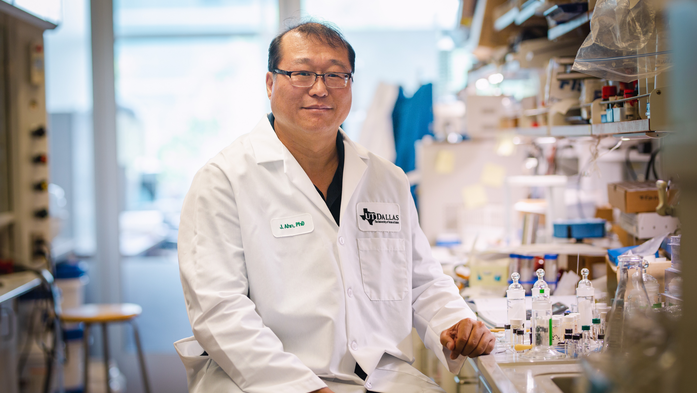 A new lab-designed molecule that exploits a weakness in cells can kill a wide range of cancers that are difficult to treat, according to a new U.S. study conducted on human cancer tissue and in human cancers grown in mice.

The study, published on June 2 in the peer-reviewed journal Nature Cancer, found that the compound, ERX-41, was able to kill cancerous cells, including breast cancer cells that do not have estrogen receptors, without killing healthy cells.

Estrogen and progesterone receptors and a receptor for a protein called HER2 are commonly found in breast cancer. These receptors are like “locks” that certain treatments, or “keys,” can open to kill the cancer cells. But roughly 10 to 15 per cent of all breast cancers are triple-negative breast cancer (TNBC), an aggressive form of the disease that is more likely to have already spread by the time it is discovered, according to the American Cancer Society. The “triple-negative” name derives from the fact that these cancer cells test negative for all three of the receptors, making it much more difficult to treat, with chemotherapy the primary option for most patients. Those who are under 40 and who are Black have the highest risk of developing TNBC, which also has the highest mortality rate among the different types of breast cancer.

“The ERX-41 compound did not kill healthy cells, but it wiped out tumor cells regardless of whether the cancer cells had estrogen receptors,” Dr. Jung-Mo Ahn, an associate professor of chemistry and biochemistry with the University of Texas at Dallas who synthesized the new molecule, said in a statement.

Ahn said he and his research team were puzzled by the results at first and did not know what the molecule could be targeting.

After several years of research chasing a number of dead ends, the scientists eventually determined that ERX-41 was binding to a cellular protein called lysosomal acid lipase A (LIPA).

“For a tumour cell to grow quickly, it has to produce a lot of proteins, and this creates stress on the endoplasmic reticulum,” Ahn explained.

“Cancer cells significantly overproduce LIPA, much more so than healthy cells. By binding to LIPA, ERX-41 jams the protein processing in the endoplasmic reticulum, which becomes bloated, leading to cell death.”

Endoplasmic reticulum (ER) is a network of sac-like structures and tubes in the gel-like cytoplasm within a cell. Proteins and other molecules move through this network.

“Using a variety of biochemical and ultrastructural studies, we have shown that ERX-41 induces ER stress,” the authors wrote in the paper, adding that the molecule shuts down a certain type of protein synthesis, blocks proliferation and causes apoptosis, or a type of cell death.

“Our results suggest that ERX-41 aggravates this already engaged system in TNBC to exhaust its protective features and cause apoptosis. In normal cells and tissues ERX-41 does not induce ER stress.”

The compound proved effective at killing cancer cells in human tissue taken from cancer patients, as well as in mice that carried human forms of cancerous tumours, with the tumours shrinking. No adverse effects were observed in the mice.

“Importantly, ERX-41 treatment did not show overt signs of toxicity, as evidenced by unchanged body weights of treated mice,” the authors wrote.

The molecule also appeared to work against other types of cancer that showed high levels of endoplasmic reticulum stress, according to researchers, including difficult-to-treat pancreatic and ovarian cancers, as well as glioblastoma, an aggressive and fast-growing brain tumour.

The authors said ERX-41 may be useful in treating patients with multiple solid tumours.

EtiraRX, a start-up co-founded by Ahn and co-authors Dr. Ganesh Raj, a professor of urology and pharmacology with the UT Southwestern Medical Center, and Dr. Ratna Vadlamudi, professor of obstetrics and gynecology at UT Health San Antonio, announced plans to begin clinical trials of ERX-41 as an oral drug as early as the first quarter of 2023.

“Triple-negative breast cancer is particularly insidious — it targets women at younger ages; it’s aggressive; and it’s treatment resistant. I’m really glad we’ve discovered something that has the potential to make a significant difference for these patients,” said Ahn.