SASKATOON — A Saskatchewan woman gave birth to her second daughter, just hours after finding out she was pregnant.

The days leading up to the birth, Raelynn Qualie had experienced strong abdominal pain, which she later learned was contractions.

Her first child was born in a planned C-section, so Qualie mistook the contractions for cramps.

While at work, Qualie’s pain became too intense, so she and her husband went to the hospital in Humboldt.

“The doctor came in, and she’s like, ‘You’re pregnant,’” Qualie said.

“I was in shock. Absolute shock.”

Qualie said the doctor heard the baby’s heartbeat right away, and was told she was at least 12 weeks pregnant. 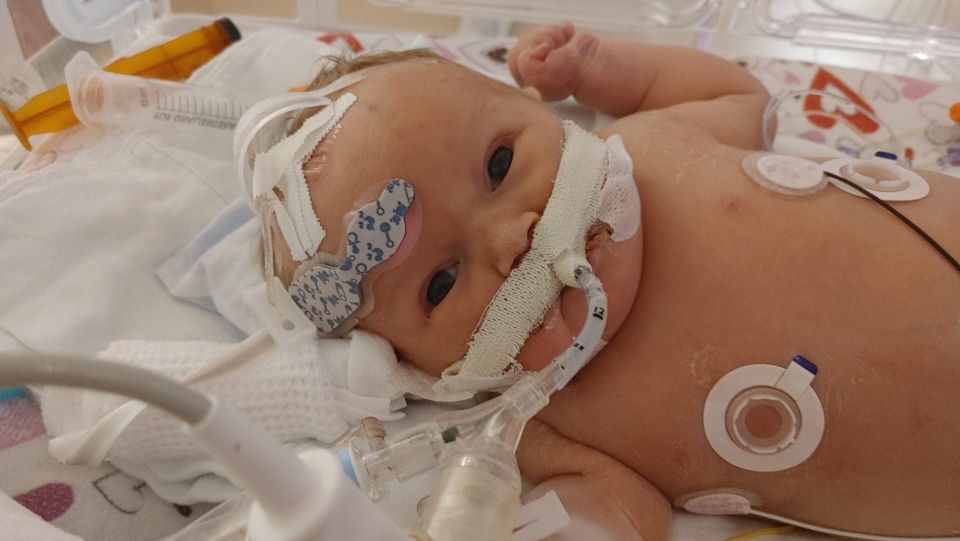 “We were confused, like how could we go 12 weeks without knowing?” Qualie told CTV News.

With high blood pressure, the Spalding, Sask. woman was rushed to the children’s hospital in Saskatoon.

In just 30 minutes, with no time to go home, Qualie and her husband became parents to their second child.

“I had tears in my eyes. I was so joyed. The minute I was able to hold her and cuddle with her, I just knew she would be okay,” Qualie said.

She was born with an enlarged heart, fluid in her lungs and dysfunctional kidneys.

Doctors also discovered the newborn had suffered a brain bleed.

On Thursday, Alyza underwent surgery to have a shunt placed in her brain to help drain liquid.

“She is an absolute fighter and I will fight with her,” Qualie said.