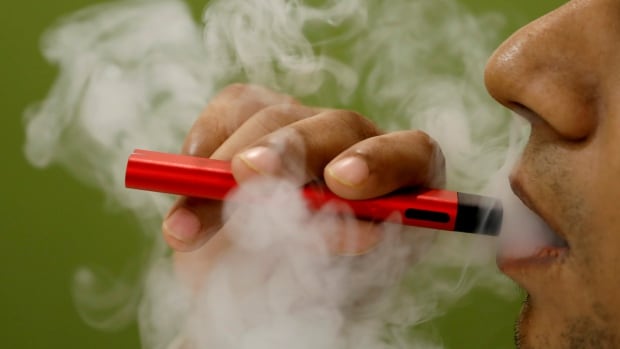 “We are actively monitoring the situation in Alberta” and working with health officials across Canada “to share information and better understand this illness,” Dr. Deena Hinshaw said in a news release.

Alberta Health is not releasing where the patient is from, or where he or she was treated, McMillan said.

The Alberta case marks the 15th vaping-associated lung illness reported in the country, according to the Public Health Agency of Canada.

In Canada, the definition of a vaping-related severe pulmonary illness case includes shortness of breath, cough, chest pain, with or without vomiting, diarrhea, abdominal pain and fever.

Public health officials continue to advise Albertans that vaping is not without risk and the long-term health impact remains unknown.

Health Minister Tyler Shandro is aware of Alberta’s first case of severe vaping-related iillness, he said Thursday on Twitter. Shandro said he is expecting a final report from the review shortly.

“Based on its findings, we expect to table new vaping-related legislation this spring,” Shandro said in a tweet.