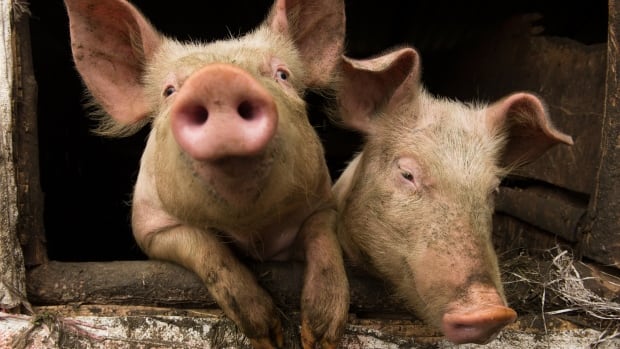 An investigation into Canada’s first human case of a rare swine flu variant in central Alberta has determined it’s the only one in the area.

Alberta Health said in a statement that, despite testing, no other positive cases have been identified.

Alberta Health said a preliminary genetic comparison of the virus from the patient with historical samples in pigs suggests the case was acquired indirectly from pigs.

The province’s chief medical officer of health, Dr. Deena Hinshaw, has said the variant Influenza A H1N2 case was detected in mid-October after a patient showed up with flu-like symptoms in an emergency department in central Alberta.

The patient was tested for influenza and for COVID-19 as part of a routine process, and followed through with a recommendation to stay home for 10 days.

It was the first reported case in Canada since 2005 when reporting became mandatory — and one of only 27 cases globally.

After the case was detected, Alberta health officials and staff with Alberta Agriculture and Forestry launched a public health investigation to determine the source of the virus and to verify that no spread had occurred.

H1N2 is not a food-related illness and is not transmissible to people through pork or other products that come from pigs. The majority of cases reported in the last decade have been in the United States. Those cases have been “very mild and self-limiting,” Hinshaw said.

Infectious disease experts have suggested the case was not likely to be a major issue — unless there was spread from person to person.