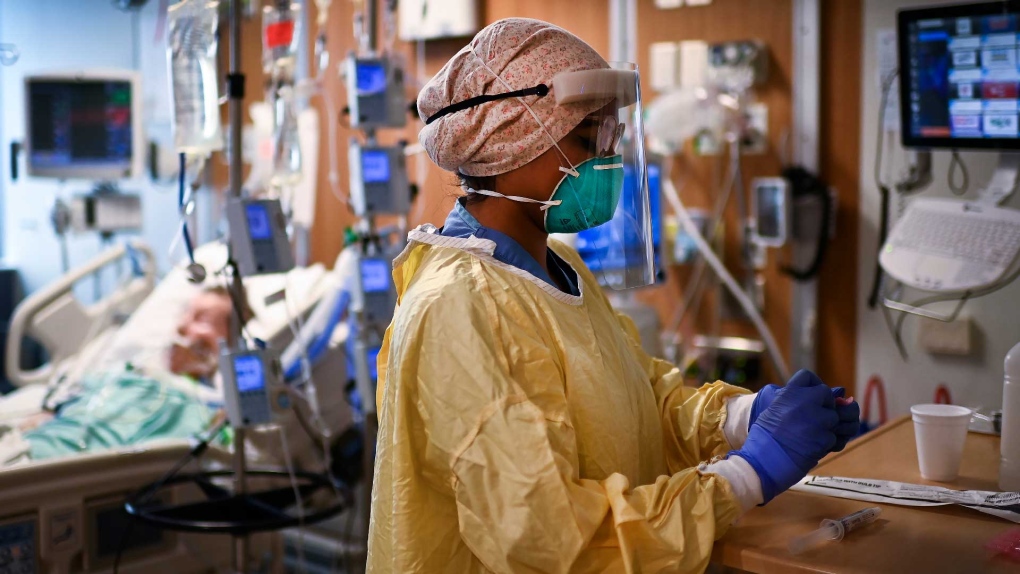 With Alberta’s health-care system now the focus of a military mission, the people who work within it say they’re reaching a breaking point as stress compounds with negative patient interactions.

“There has been some individuals who have accused us of giving them COVID,” MacIntyre said. “That’s always a bit of an added stress because that is not the case.”

She recalled another time where one ICU patient, whose condition had improved enough to be able to leave the ICU, offered harmful remarks to the very staff helping them recover.

“On the way out of the ICU, this individual called us killers,” MacIntyre said.

“Despite people’s vaccination status, despite their health, we do the best that we can to treat the individual,” MacIntyre added.

She said the worst stress on health-care workers, however, is the fact that no one knows when the situation in hospitals will improve.

“No day seems to be the same as the one before,” she added. “Everything is changing.

“It’s so much change. It’s hard to even know what form of change to talk about at this present time; the changes to staffing, to where we are.

“We don’t know when this is going to end. We all expect it to get worse before it gets better. So we’ve anticipated that.”

THE DEAD MAKE WAY FOR THE DYING

The Canadian Armed Forces (CAF) told CTV News in a statement that after being called upon earlier this week, up to eight ICU nurses and aeromedical transport for critical care patients – both in and out-of-province – are ready to be deployable “within 24 hours.”

Surge capacity in hospitals continues to be added in ICUs, with occupancy 89 per cent yesterday to 83 per cent Friday.

That reduction is not necessarily good news, however.

According to Alberta Health Services (AHS), that six per cent decrease occurred as 18 surge spaces opened in the past 24 hours and some patients either recovered or died.

“It’s tragic that we are only able to keep pace with these sort of numbers because in part some of our ICU patients have passed away,” AHS CEO and president Dr. Verna Yiu said on Thursday. “This reality has a deep and lasting impact on our ICU teams.

“We are facing a fragile balance,” she added.

There were 304 total patients in ICU, the vast majority who are COVID-19 positive.

On Friday, the Central zone operated at more than 100 per cent of current capacity, with 26 ICU beds.

The South and North zones were operating at 89 and 87 per cent, respectively. The South zone has 36 beds while the North zone has 15.

The Edmonton zone, with 158 beds, had 84 per cent of current capacity filled while Calgary, with 133 ICU beds, had 75 per cent filled.

“It’s a bit of a ‘rob Peter to pay Paul,’ every time we add a couple of beds, we impact the system somewhere else,” Parks said. “The whole point is that it’s not infinite.”

Opposition leader Rachel Notley said the CAF assistance requested by the province is helpful but the premier needs to go beyond medical evacuation assistance.