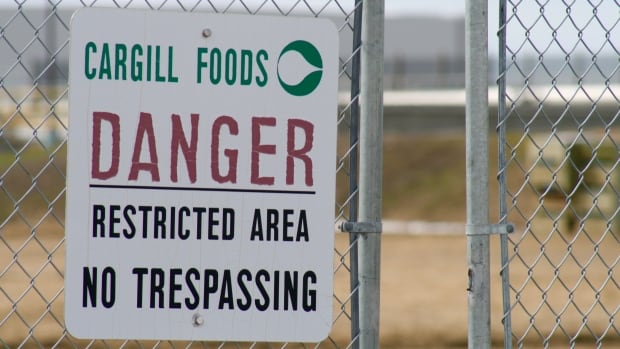 An Alberta meat-packing plant hit by the largest single-site COVID-19 outbreak in Canada plans to reopen within days after shutting down for two weeks when hundreds of workers fell ill with the coronavirus and one woman died.

Cargill announced Wednesday that its meat-packing plant near High River, Alta., will reopen with one shift beginning May 4.

As of the Alberta government’s update on Tuesday afternoon, the facility had been linked with 1,167 cases, 759 of whom are workers. One worker in her 60s has died and her husband was hospitalized with the illness.

All employees who are eligible to return to work in its harvest department are asked to report to work, Cargill said.

Cargill said returning employees should be healthy and should not have had contact with anyone who has had the COVID-19 virus for 14 days.

“We look forward to welcoming our employees back and are focused on our ongoing commitment to safety,” Jon Nash, Cargill Protein’s North American lead, said in a release.

“We know being an essential worker is challenging and we thank our team for working so hard to deliver food for local families, access to markets for ranchers and products for our customers’ shelves.”

The company said new safety measures had been introduced since the facility shut down.

Some employees at the facility have accused the company of ignoring physical distancing protocols and trying to lure them back to work from self-isolation.

No preventative inspection of Cargill was done after the COVID-19 pandemic was declared, and a live video inspection by Alberta Occupational Health and Safety after dozens at the plant were already sick deemed the work site safe to remain open.

Days later, the outbreak had grown to hundreds and the plant was shut down after the woman’s death.

UFCW local 401 spokesperson Michael Hughes said the union was not informed ahead of time that the facility was set to reopen.

“We’ve learned this at the same time everyone else has,” Hughes said.

“It’s incredibly concerning that Cargill would be even thinking of reopening in a matter of days while presiding over the biggest outbreak in [Canada] and while half of its employees are sick with COVID-19.”

Hughes said Cargill has not adopted safety initiatives suggested by the union, adding that the union will now work with its legal counsel to pursue action to try to keep the plant from opening.

Hughes said the union was concerned that Cargill has been “emboldened” by U.S. President Donald Trump’s executive order Tuesday  to compel meat plants to continue operating.

As of Tuesday’s provincial update, another 249 employees have tested positive at a second meat-packing plant, JBS in Brooks, about 180 kilometres southeast of Calgary. There are 568 cases in Brooks, though not all are linked to the plant, which remains open.

The two plants have more than 4,500 workers and supply more than two-thirds of Canada’s beef.