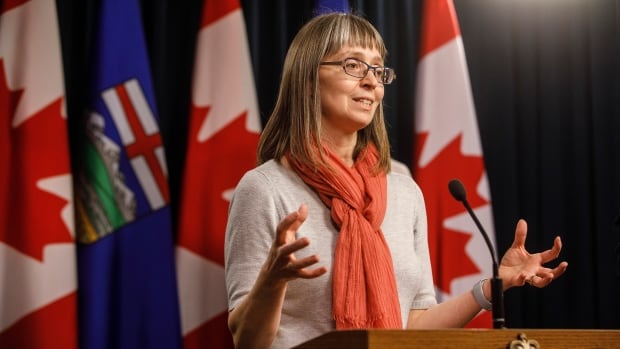 Seven months ago, Premier Jason Kenney declared a public health emergency in the province in response to the COVID-19 pandemic.

Since then, public health restrictions seemed to have had an effect, helping Albertans limit the spread of the virus and flatten the curve — enough so that the province began easing restrictions in June and initiating a “relaunch” of the economy.

So far Alberta has avoided the second surge other jurisdictions around the world are experiencing, but case numbers in Alberta are creeping up, especially in the Edmonton zone, which has 54 per cent of all cases in the province.

“I continue to be concerned about the situation in Edmonton zone,” Dr. Deena Hinshaw, Alberta’s chief medicial officer of health, said Friday.

It’s too early to tell if requests by health officials last week for people in the capital region to limit their contacts and wear masks more often have had any effect.

“It takes about two weeks between actions and outcomes so we would anticipate seeing in the next week or so if the voluntary measures we put in place for Edmonton last week are having an impact,” Hinshaw said a news conference.

“However, this weekend I am asking everyone in the Edmonton zone to continue following these voluntary measures to the best of their ability.”

“We have recently seen several outbreaks in that city linked to social gatherings, and this is yet another reminder that no region is immune from this virus, and that one case can quickly lead to many if restrictions are not followed,” she said.

“At this time, I am not recommending any additional measures for Calgary. But we are working with local partners to monitor the situation closely.”

The province reported 332 new cases of COVID-19 Friday, but no additional deaths.

Right now 117 people are in hospital with the disease, 11 of them in intensive care.

Here is the regional breakdown of active cases:

The number deaths remains at 288.