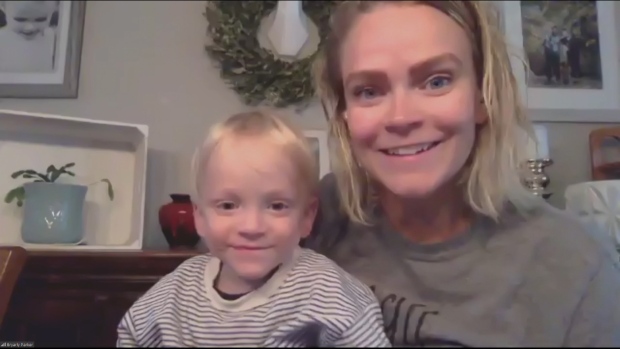 EDMONTON — Alberta will become the second province to begin testing babies for a rare genetic disease that is best treated before a patient is two years old.

Alberta Precision Laboratories is about half a year away from piloting a newborn screening program for spinal muscular atrophy, the government announced Wednesday.

The test is expected to be added to the province’s newborn metabolic screening program – which currently tests for 21 other treatable conditions – in early 2022. Ontario already tests for SMA.

About one in 10,000 Canadian babies are born with a type of SMA each year, according to the National Organization for Rare Disorders. The genetic neuromuscular disease is caused by a defective or missing SMN1 gene, which results in a loss of muscle function. The young patients diagnosed with SMA often have trouble breathing, swallowing and crawling.

The condition is well known in Alberta, where several families have been affected by it and either fundraised for or fought for access to treatments.

“The sooner this is caught, the better,” said Bryarly Parker, the mother of a toddler known across the country as ‘Mighty Max.’

Max, who was born premature, was diagnosed with SMA at 22 months old, leaving his family just two months to get access to Zolgensma, a successful gene therapy treatment, in February. Months later, Parker says she can feel muscle in her son’s legs for practically the first time, and that Max has made major progress in his speech.

But he could have been helped so much sooner had the family known from his birth he had the disease.

Max’s older sister Sawyer does not have SMA, nor is a carrier. Without any family history of the condition, they didn’t know what was down the road for Max.

With screening, Parker said, “Some of these families will never have to deal with things like having their children in wheelchairs or attached to a breathing machine. And then they have time to grieve a disease that’s terrifying.”

‘YOU DON’T HAVE TIME’

Alberta’s newborn metabolic screening consists of a heel prick, and the future test for SMA will be able to identify all types of the condition.

Jessica Janzen Olstad, executive director of the Love for Lewiston Foundation named after her son, said her family could either be consumed by grief or ask “now what?” after Lewiston died from SMA Type 1 in 2016. He was days away from his six-month birthday.

At the time, neither early diagnosis nor treatment was available to the baby boy.

“Newborn screening is our ‘So now what,'” she told media on Wednesday, calling it a significant day for Alberta and the SMA community.

In Max’s case, Zolgensma was available outside of Canada (and soon would be accessible in the country), but he was nearing the recommended cut-off age for treatment. His family and community campaigned hard for the SMA story to be heard.

“Because of the disease itself, you don’t time to just be like, ‘OK, well we’ll just wait six months. We’ll just wait. We’ve got time to wait.’ Because you don’t really. It gets worse every single day,” Parker said.

The one-year pilot program is being funded by Muscular Dystrophy Canada, which provided $366,000.

The government expects the annual cost of the program would be about the same once it is adopted into Alberta’s public program. Early estimates place the price per test between $3 and $5, according to APL’s medical and scientific director of genetics and genomics, Dr. Dennis Bulman.

“Once we see the work over the pilot year of the testing program, obviously we as government want to continue to include this as included in the newborn metabolic screening program,” Health Minister Tyler Shandro said.

“Because it’s a pilot project, we’re going to see the effectiveness of the pilot but I would expect it to be publicly funded once the pilot is completed.”

“It needs to continue on,” Parker told CTV News Edmonton.