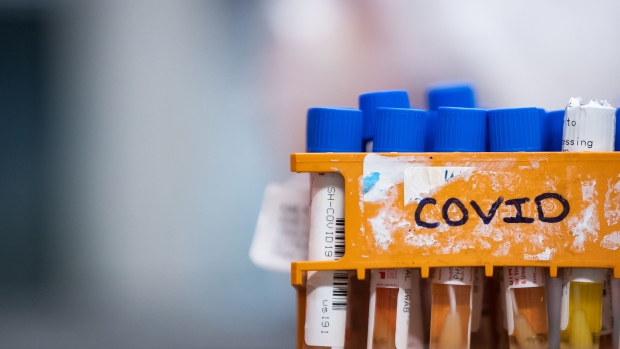 New research investigating how the very first variant of concern for the novel coronavirus developed has found that the Alpha variant evolved mutations that suppressed specific aspects of the immune system, similar to mutations seen in newer variants such as Omicron.

The Alpha variant first emerged in the U.K. in the fall of 2020, introducing the world to the frightening idea of variants of SARS-CoV-2, the virus that causes COVID-19. Although it has since been outstripped by subsequent variants including Delta and Omicron, studying Alpha’s structure and function helps scientists better understand how virus variants evolve.

Researchers from the U.S. and the U.K. worked together to investigate how Alpha attacked the human body, and found that the mutations that allowed it to thrive go beyond just those centred around the spike protein.

Their research, described in the journal Nature on Thursday, discovered that the Alpha variant upped production of a specific protein that could help it suppress how infected cells signalled the immune system.

To look deeper into how the Alpha variant worked, researchers looked at lab-grown cells infected by this variant to monitor protein levels and how the cells functioned.

They then compared the data to how cells responded to infection with the original strain of COVID-19. The biggest difference was in how the body’s innate immune response reacted — or didn’t. This is the body’s first line of defence, which attempts to keep pathogens from entering. Researchers say Alpha interfered with the rallying cry that usually activates this system.

Inside cells infected with Alpha were an abundance of three viral proteins that are known to help COVID-19 avoid the immune response. One in particular, called Orf9b, achieved this by blocking a protein in our cells that normally switches on the genes that signal our immune system to react.

Researchers said in the study that this type of mutation could have contributed to enhanced transmission of the Alpha variant by suppressing more of that early immune response, which may have allowed for the variant to replicate faster.

These findings show that the spike protein isn’t the only factor researchers should be thinking about when designing treatments to help those infected with COVID-19.

As SARS-CoV-2 uses spike proteins on its surface to attach to receptors in a person’s cells, mutations around spike proteins are often talked about more than other types. With the Delta variant, a more efficient spike protein is thought to help it fuse to our cells better, and all of the current COVID-19 vaccines are targeted to get our cells to produce immune responses against this spike protein.

“The mutations in spike allow the virus to get into cells more effectively,” Devan Krogan, one of the authors of the paper and lead of the University of California San Francisco’s Quantitative Biosciences Institute (QBI) and its Coronavirus Research Group (QCRG), said in a press release.

“But what about after the virus gets into cells? There may be other mutations that allow it to replicate more.”

“The virus will keep evolving and adapting to the host, and every time it will adapt better and better,” Lorena Zuliani-Alvarez, a co-author and senior scientist at the QBI, said in the release. “That’s why Omicron has 53 mutations.”

The research points out that studying mutations outside of those around the spike protein will give scientists a bigger picture of the virus as it evolves, something that will be crucial in fighting future variants.

“Studying the variants of concern gives us ideas about how SARS-CoV-2 evolves,” Mehdi Bouhaddou, a postdoctoral scholar and co-author, said in the release. “Now we have a sense of the proteins that are mutating most frequently, and the biological consequences of those mutations. I think this helps us prepare for what might come next.”