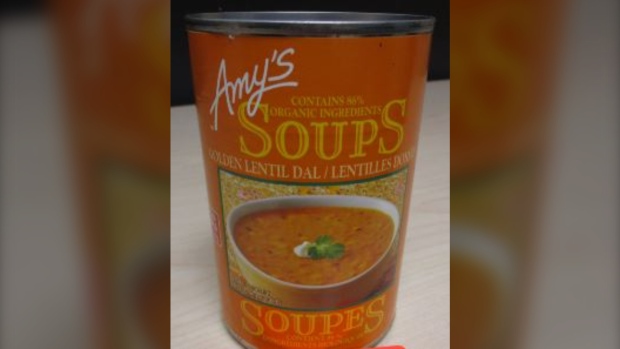 TORONTO — Amy’s Kitchen is recalling its Golden Lentil Dal Soup because it could cause serious reaction for people with an egg allergy, the Canadian Food Inspection Agency stated.

The Canadian Food Inspection Agency says the soup is being recalled in British Columbia, Ontario, and Quebec, but the product could be in stores across the country.

The CFIA urges consumers to throw the cans out or return them to the store where they were purchased.

The federal agency said in a food recall warning issued on Saturday that the recalled soup could contain egg protein not listed on the label, and warns people with an egg allergy to avoid cans of the soup because it could cause a “serious or life-threatening reaction.”

According to the food recall warning, more products may also be recalled as the CFIA conducts a food safety investigation.