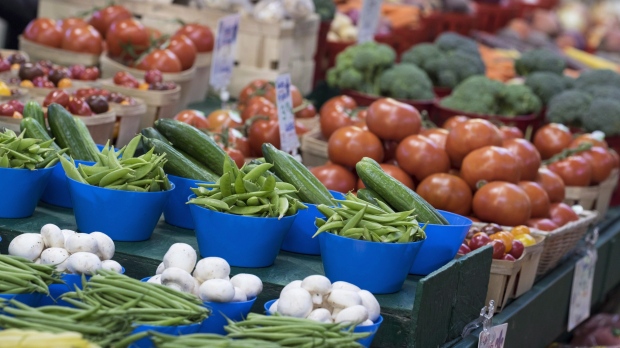 TORONTO — Eating a diet rich in antioxidants found in fruits, vegetables, tea and even wine may reduce your risk for developing Alzheimer’s disease, according to a recent study.

The study, conducted by researchers at Rush University in Chicago, concentrated on the effect flavonols have on the body. Flavonols, a large class of compounds found in most fruits and vegetables, are known for being powerful antioxidants and possessing anti-inflammatory properties.

Researchers followed more than 900 participants as part of the study, all of whom reported their dietary habits over an average of six years. In total, 220 of those participants developed Alzheimer’s over the duration of the study.

According to the research, study participants who reported the highest flavonols consumption were 48 per cent less likely to develop Alzheimer’s later in life than participants who consumed lower levels.

While researchers described the findings as promising, they caution that more research needs to be done to see just how much diet impacts the development of dementia.

But, as the elderly population grows worldwide, researchers suggest this could be good framework for staving off Alzheimer’s.

“Eating more fruits and vegetables and drinking more tea could be a fairly inexpensive and easy way for people to help stave off Alzheimer’s dementia,” study author Thomas Holland, of the Rush Institute for Healthy Aging, said in a press release.

“With the elderly population increasing worldwide, any decrease in the number of people with this devastating disease, or even delaying it for a few years, could have an enormous benefit on public health.”

How to increase your flavonols consumption

The study breaks the flavonols into four types.

The study suggests that people who had high intake of isorhamnetin were 38 per cent less likely to develop Alzheimer’s.

However, quercetin was not tied to a lower risk of Alzheimer’s dementia.

The study was published in the Jan. 29 edition of the journal Neurology.