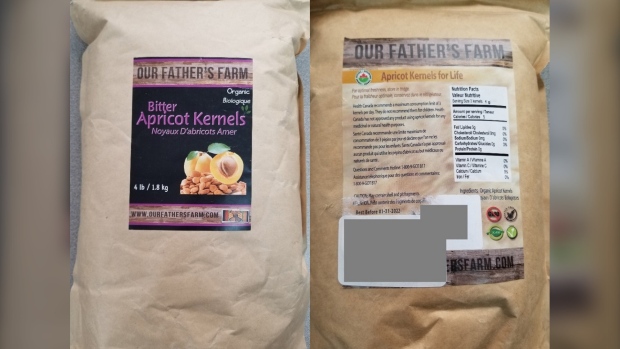 TORONTO — The Canadian Food Inspection Agency (CFIA) has issued a nationwide recall for a brand of apricot kernels, warning that they may cause cyanide poisoning.

The CFIA is urging anyone who has these affected products in their home to not consume them.

This isn’t the first time in recent months that the CFIA has issued a recall affecting apricot kernels. Back in March, the CFIA recalled 10 different apricot kernel products, also over concerns that they may cause cyanide poisoning.