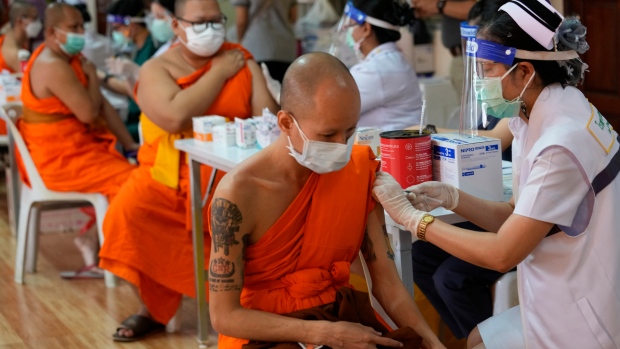 BANGKOK — A Thai hospital morgue overwhelmed by COVID-19 deaths has begun storing bodies in refrigerated containers, resorting to a measure it last took in a devastating 2004 tsunami, as the country grapples with its biggest coronavirus outbreak.

At Thammasat University Hospital near the capital Bangkok, a 10-freezer morgue usually handles up to seven autopsies a day. But the latest wave of the coronavirus pandemic means it now has to deal with more than 10 bodies daily.

“There’s not enough space, so we bought two containers for bodies’ storage,” Pharuhat Tor-udom, a director of the hospital, told Reuters, adding the containers cost about 250,000 baht (US$7,601) each.

Almost 20% of bodies with an unidentified cause of death later tested positive for COVID-19, overwhelming the morgue and medical staff, he said.

“During the tsunami, we used containers to store bodies waiting to be autopsied for identification. But we haven’t had to do that (again) until now,” Pharuhat said.

There were several bodies kept in one container on Saturday, waiting to be retrieved by their relatives, he said.

“What makes us feel extremely sad is that we were not able to help people who died because of lacking access to medical treatment,” he added.

Hospitals in Bangkok and the surrounding provinces are running out of capacity due to the surge in infections.