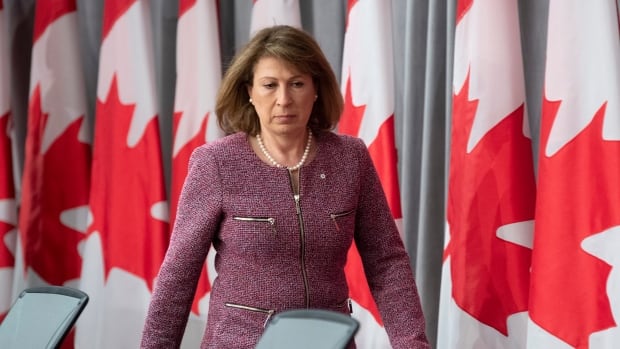 Canada’s chief science adviser, Mona Nemer, says Quebec has failed to come up with a detailed plan for widespread testing for COVID-19 as it prepares to reopen schools and businesses.

“I would have expected to see a plan, but I haven’t seen one. And yet, I have asked for it several times,” Nemer told Radio-Canada.

Experts, including the World Health Organization, say increased testing is a must before any government lifts restrictions. And while Quebec has talked about doing so, Nemer said there appears to be a difference between what officials are saying in public and what is being done on the ground.

So far, Arruda admitted Wednesday, the province is still at about 7,000 tests per day.

Nemer, who was appointed in 2017 by Prime Minister Justin Trudeau and whose mandate is to provide impartial scientific advice, didn’t hold back in her criticism of the province.

“I can understand that we weren’t ready, but we’ve been talking about it for two months now,” Nemer said, noting there has been a lack of communication between the Quebec and federal governments.

She was also critical of Ontario, which has conducted even fewer tests than Quebec.

Nemer isn’t alone in doubting Quebec’s plans, even as the province presses forward.

Scientists and educators have been questioning the province’s eagerness to reopen as hospitals in Montreal, the country’s pandemic epicentre, are filling up and the fact that widespread testing still isn’t in place.

Retail stores with outdoor entrances, manufacturing and construction sites in Quebec’s regions reopened Monday, the first step in the province’s relaunch of the economy.

Elementary schools and daycares are set to reopen May 11 in the regions and May 19 in the Montreal area.

Earlier this week, Legault pushed back the reopening of retail stores in the city from May 11 to May 18 because of the situation in Montreal’s hospitals, which are too crowded.

Montreal’s public health director, Dr. Mylène Drouin, also cast doubt on the city’s readiness earlier this week. She said the situation now appears to be getting worse in the city.

“We are not lowering the epidemic curve,” Drouin said Monday. “We can see a plateau and even an increase in cases.”