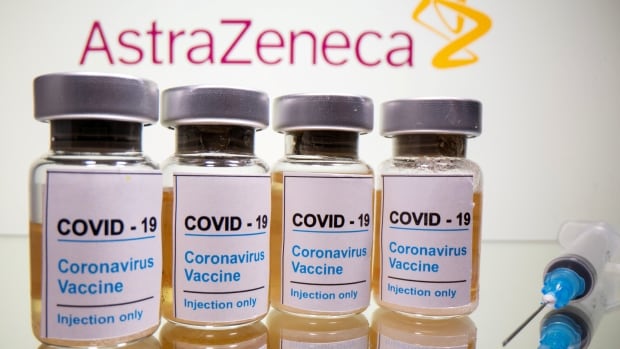 AstraZeneca said Monday that late-stage trials showed that its COVID-19 vaccine with Oxford University was up to 90 per cent effective in preventing disease.

The results are based on interim analysis of trials in the U.K. and Brazil of a vaccine developed by Oxford University and manufactured by AstraZeneca. No hospitalizations or severe cases of COVID-19 were reported in those receiving the vaccine, AstraZeneca said.

“These findings show that we have an effective vaccine that will save many lives,” Professor Andrew Pollard, chief investigator for the trial, said in a statement. “Excitingly, we’ve found that one of our dosing regimens may be around 90 per cent effective.”

AstraZeneca is the third major drug company to report late-stage results for its potential COVID-19 vaccine as public health officials around the world anxiously wait for vaccines that will end the pandemic that has killed almost 1.4 million people. Pfizer and Moderna last week reported preliminary results from late-stage trials showing their vaccines were almost 95 per cent effective.

Yet unlike many of its rivals, the AstraZeneca-Oxford vaccine does not have to be stored at ultra-cold temperatures, making it far easier to distribute in developing countries.

AstraZeneca CEO Pascal Soriot said the simple supply chain for AstraZeneca’s vaccine and the company’s commitment to provide it on a non-profit basis during the pandemic mean it will be affordable and available to people around the world.

“This vaccine’s efficacy and safety confirm that it will be highly effective against COVID-19 and will have an immediate impact on this public health emergency,” Soriot said.

The results come as COVID-19 infection rates are rising in most U.S. states and in many countries amid a resurgence of the virus, which is once again prompting governments to shut down businesses and restrict social gatherings around the world. England is still in the middle of a four-week lockdown that has closed all non-essential shops, while in the U.S., the government’s top health agency has recommended that Americans not travel to visit family and friends over the Thanksgiving holiday this week.

Now that AstraZeneca has released its interim results, regulators must approve the vaccine before it can be widely distributed.

Britain has ordered 100 million doses of the Oxford vaccine, and the government says several million doses can be produced before the end of the year if it gains approval from the regulator.

British Health Secretary Matt Hancock said he felt “a great sense of relief” at the news of the AstraZeneca vaccine’s effectiveness.

He said just months ago, as the virus raged, “the idea that by November we would have three vaccines, all of which have got high effectiveness, I would have given my eye teeth for.”