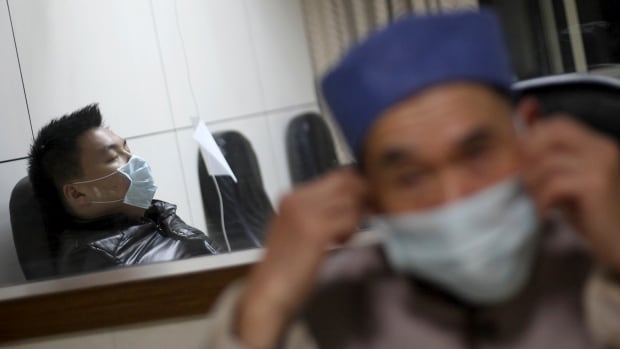 The mysterious respiratory illness that has infected dozens of people in a central Chinese city is not SARS, local authorities said Sunday.

Fears of a SARS recurrence arose this month after a slate of patients were hospitalized with an unexplained viral pneumonia in Wuhan, the capital of Hubei province.

As of Sunday, 59 people were diagnosed with the condition and have been isolated while they receive treatment, according to the Wuhan Municipal Health Commission. Seven were in critical condition, while the rest were stable.

The commission said in a statement that initial investigations have ruled out SARS, as well as Middle East respiratory syndrome, influenza, bird flu and adenovirus.

The commission previously said the condition’s most common symptom was fever, with shortness of breath and lung infections appearing in a “small number” of cases. There were no clear indications of human-to-human transmission.

Several patients were working at the South China Seafood City food market in sprawling Wuhan’s suburbs. The commission said the market would be suspended and investigated.

Hong Kong’s Hospital Authority said Sunday that a total of 15 patients in Hong Kong were being treated for symptoms including fever and respiratory infection after recent visits to Wuhan.

Hospitals and doctors have been directed to report cases of fever in anyone who has travelled to Wuhan in the past 14 days, Hong Kong’s health chief Sophia Chan said Sunday.

The hospital authority said it has activated a “serious response” level to curb spread of the infection. Chan warned Hong Kong residents against visiting wet markets and eating wild game in mainland China.

The World Health Organization said it was closely monitoring the situation and maintaining contact with Chinese authorities. No travel or trade restrictions are necessary at this time, the WHO said.