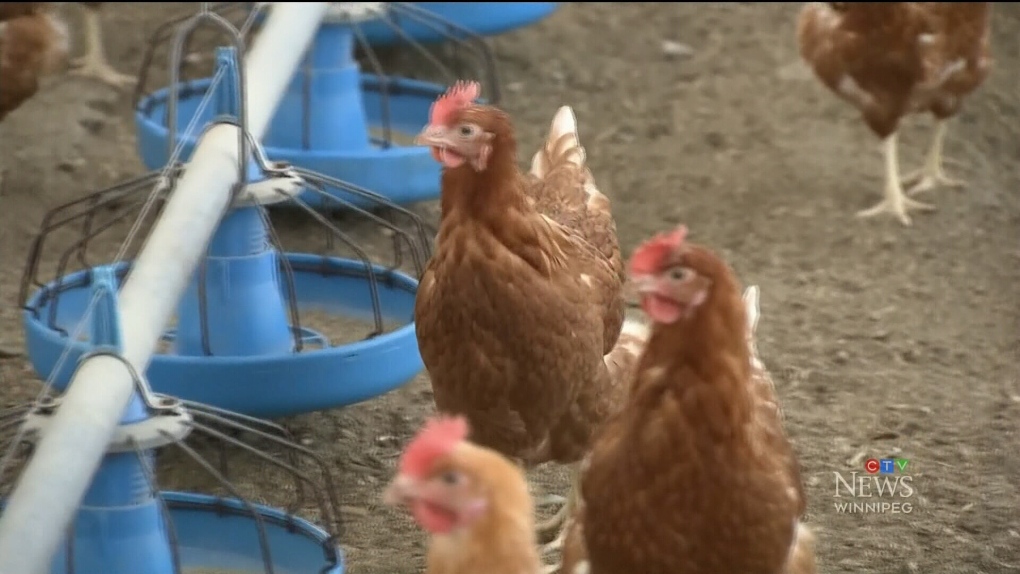 A case of avian influenza has been found in a commercial poultry flock in Manitoba.

Manitoba Agriculture announced on Sunday that the Canadian Food Inspection Agency had confirmed the case – which marks the first case of the highly pathogenic avian influenza (HPAI) in a commercial flock in the province.

“This strain of avian influenza does not pose a food safety risk. Manitoba poultry and eggs are safe to eat when proper handling and cooking take place,” the province said.

There have been no known cases of this strain of the virus being transmitted from birds to humans in North America. While the risk of transmission of the avian influenza to humans is low, the province said people should not touch dead birds or other wildlife with their bare hands.

The province said all Manitobans who keep poultry must complete an application to Manitoba Agriculture’s Premises Identification program, so the province can quickly contact producers if a case is detected nearby.

“Small flocks are considered at high risk for HPAI infection as they often have access to outdoor pens or free-range,” the province said in a news release.

“This means there is a high probability of contact with wild birds that may be contaminated with HPAI.”

Manitobans are also asked to keep an eye out for signs of avian influenza, including finding clusters of six or more dead waterfowl (such as ducks or geese) or other birds, any number of dead raptors or avian scavengers (such as ravens, crows or gulls), and groups of dead birds (more than 20) of any species.

More information about the avian influenza can be found online.