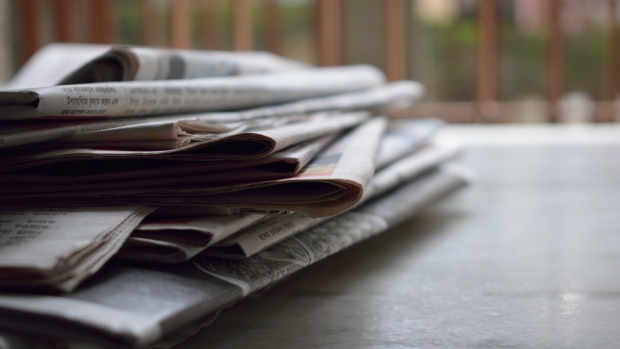 TORONTO — A study series led by Dutch researchers have found that avoiding the news during the pandemic was correlated with better mental well-being among participants in the Netherlands.

The findings of the studies were outlined in the paper, “News Avoidance during the Covid-19 Crisis: Understanding Information Overload,” published in the journal Digital Journalism back in August.

In the first study, the researchers conducted online panel surveys in the Netherlands involving 1,635 participants. The researchers asked participants whether they felt news about COVID-19 made them feel powerless, emotionally charged, overloaded with information, and negatively affected their mental well-being.

The participants were asked the same questions at three different intervals during the first four months of the pandemic. The first wave of the survey was conducted in April 2020, three weeks after the initial lockdown in the Netherlands. The second wave was done in May 2020, after elementary schools were re-opened. In June, when public buildings and restaurants had reopened, researchers completed the third wave.

The researchers found that there was a positive correlation with news avoidance and mental well-being. People who avoid the news more were more likely to see their general well-being improve.

“This finding shows that those who opt for news avoidance to protect their mental well-being might make the right choice,” the authors wrote.

At the beginning of the pandemic, participants said that they increased their news consumption and also turned to a greater variety of news sources. However, as the pandemic continued, news avoidance began to increase.

Feelings of powerlessness as well as information overload were cited as the most common reasons for news avoidance. In addition, younger adults were more likely to avoid the news, the researchers found.

“When people feel emotionally charged, have lost trust in news media, feel the need to ignore news and feel overloaded, they are avoiding the news more in the subsequent period,” the authors wrote.

The studies are not without their limitations, however. The data only covered the first four months of the pandemic and can’t speak to how news avoidance and mental health has evolved. In addition, the study only focused on one country, the Netherlands, which had fewer COVID-19 lockdown measures compared to many of its European neighbours and compared to other countries.

Nonetheless, the researchers say the findings could offer insight into how an onslaught of pandemic-related news affects mental health and why people might choose to avoid consuming news.

“These findings point to an acting balance for individual news consumers. In a pandemic such as COVID-19 news consumers need to be informed, but avoiding news is sometimes necessary to stay mentally healthy,” the authors wrote.​

Similar studies published recently also found that doomscrolling COVID-19 news can have negative emotional consequences. In addition, more Canadians are reporting symptoms of anxiety and depression amid the pandemic than ever before.