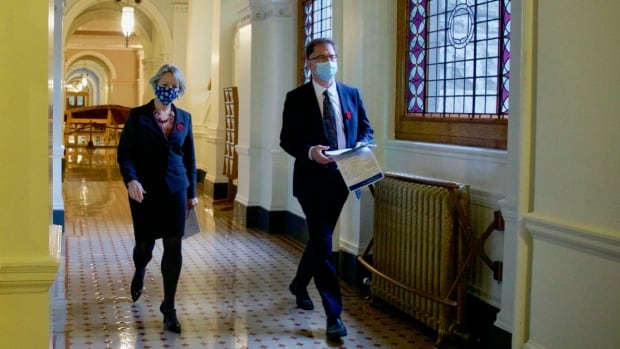 Provincial Health Officer Dr. Bonnie Henry has announced wide-ranging new rules for controlling the spread of COVID-19, including mandatory masks in indoor public and retail spaces, and restricting social gatherings to household members only for everyone across B.C.

The new orders and guidelines come as another 538 cases of the disease caused by the novel coronavirus have been confirmed in B.C., and one more person has died. As of Thursday, there are 6,929 active cases of the virus across the province — the highest total to date — including a record high 217 patients in hospital, of whom 59 are in intensive care.

“We’re seeing increased community transmissions and effects on our hospitals in all areas of the province,” Henry said Thursday as she announced a long list of new measures meant to stem the second wave of COVID-19.

“We need to relieve the stress on our health-care systems, or else people with all types of urgent care needs will suffer.”

Henry said Thursday that she is extending an earlier order limiting social gatherings in the Fraser Health and Vancouver Coastal Health regions until Dec. 7 and making it apply provincewide.

She’s also asked Public Safety Minister Mike Farnworth to implement a requirement for workers and members of the public to wear masks in all retail environments and indoor public spaces, including common areas of workplaces, except when eating or drinking.

Other measures announced Thursday include:

Regional orders on social gatherings were originally implemented for a two-week period on Nov. 7 in a bid to curb B.C.’s rapidly climbing case count.

But numbers have only continued to spike since then, and Henry said she’s seen concerning levels of transmission within health-care settings and community gatherings across the province.

There has also been one new community outbreak at the LNG Canada worksite in Kitimat where 14 people have tested positive.