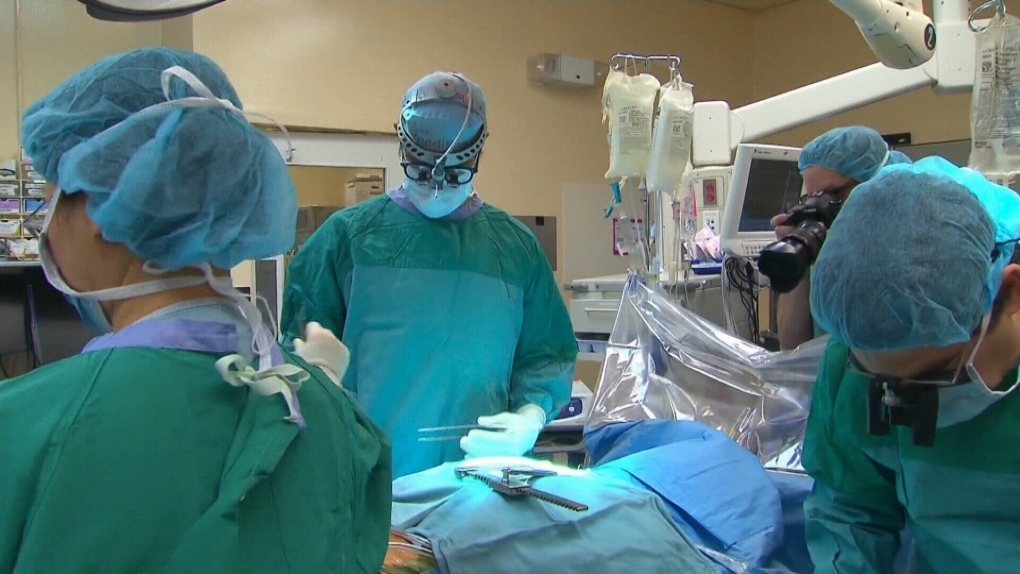 British Columbia hospitals are postponing some surgeries due to staffing shortages created by unvaccinated health-care workers who have been put on unpaid leave, says Health Minister Adrian Dix.

There are currently 3,325 health-care workers across the province who have not been immunized against COVID-19 in violation of the government’s proof-of-vaccination policy for health-care workers, which took effect last month, Dix said Monday.

The staffing shortages will result in reductions of operating services in hospitals in the Interior and Fraser health authorities, while added demand for health care has forced surgery postponements in many other parts of the province, the minister said at a news conference.

“Across B.C., the vast majority of our surgical rooms continue to run, but due to a variety of challenges there have been some reductions,” he said. “Kelowna General Hospital has reduced two operating rooms this week to compensate for staff who did not meet vaccination requirements who are on unpaid leave.”

Dix mentioned hospitals across the province that are facing staffing pressures, including those in Kamloops, Abbotsford, North Vancouver, Richmond and New Westminster.

Provincial health officer Dr. Bonnie Henry said officials have been speaking with health-care workers in one-on-one meetings about their vaccination concerns, but some remain adamantly opposed to the vaccines.

“Some people are quite dogmatic against vaccines, which is unfortunate,” she said.

Henry said vaccines are considered a top lifesaver in pandemics.

“If people are in our health-care system and not recognizing the importance of vaccination, then this is probably not the right profession for them, to be frank,” she said.

Henry also announced people in B.C. who received two doses of the Oxford-AstraZeneca vaccine will soon be notified they are eligible to receive a booster shot within six months of their second vaccine.

The policy applies to any employee working in the public service whether they are working from home or remotely.

The government says in a statement that workers who have had one dose of vaccine may be offered alternative work arrangements and will be required to provide proof of full vaccination within 35 days of having had their first dose.

This report by The Canadian Press was first published Nov. 1, 2021.