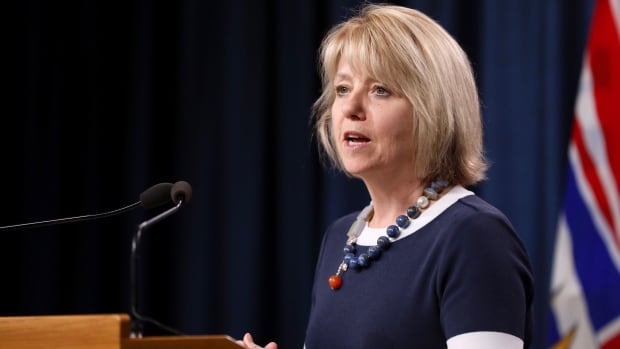 British Columbia’s COVID-19 curve is now climbing at a higher rate than the initial outbreak in March, and new provincial modelling shows B.C. could see a second wave bigger than the first by September.

As restrictions have eased, Henry said, the number of contacts people are having are about 70 per cent of normal, despite the province recommending people keep their contacts to 60 per cent or lower when B.C. first entered Phase 3 of its restart plan in late June.

At the current contact rate, daily cases could climb to 100 by September, according to the modelling.

“We are on an upward trajectory. That is concerning,” Henry said.

“But it’s not a predictive model. It doesn’t tell us what’s going to happen. It tells us what can happen. And right now, we have it within our ability to make the changes we need to bend that curve back down.”

Rapid contact tracing will be even more critical to preventing spread, as physical distancing measures have weakened in the province, Henry said.

The province needs to trace at least 75 per cent of the contacts an infected person has had to maintain control of the virus, modelling shows. A total of 1,878 people in B.C. were in self-isolation Thursday after being exposed to confirmed cases.

The government earlier announced it would temporarily hire 500 more health-care professionals to work as contact tracers for COVID-19.

There are now 578 active cases of COVID-19, up from 531 on Wednesday, when the province announced 85 cases.

The death toll remains unchanged at 196. Nine people are in hospital, with four in intensive care.

Henry noted the province has seen a rapid increase in cases in young people in recent weeks.

The proportion of cases is now heavily weighed toward people aged 20 to 39, compared to previous phases of the pandemic, she said.

“If you are thinking about organizing a party, especially with alcohol, with no limiting in place… do not do so,” he said.

Three staff members at the centre have tested positive, and officials are implementing outbreak protocols, she said.