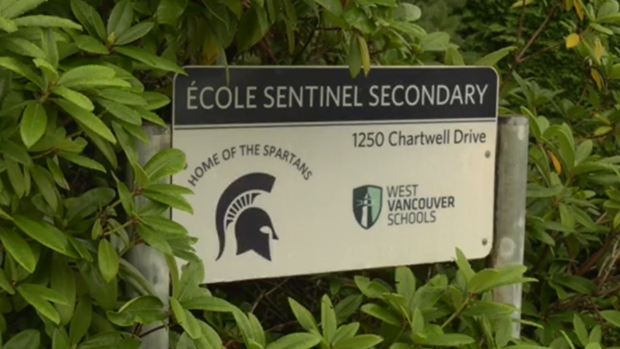 VANCOUVER — A teacher at Sentinel Secondary School in West Vancouver, B.C., has filed a claim with WorkSafeBC after testing positive for COVID-19, just days after a student in her class was confirmed to have the disease.

The teacher had not been contacted by public health about the possible exposure.

“The teacher was contacted by students who had been contact traced and asked to isolate,” said West Vancouver Teachers Association president Renee Willock. “That’s when the teacher found out that the positive case was in their class.”

The teacher stayed home as a precaution, and began feeling ill the following day. She has since tested positive for COVID-19.

“The teacher is hugely frustrated,” said Willock who thought teachers would be contacted by public health if a student in their cohort tested positive. “She could have gone out on Saturday, could have spread this further and that didn’t need to be the case.”

Public health is now investigating whether the teacher contracted the disease from the infected student, which would be a first since full in-class learning resumed two weeks ago. The teacher’s claim with WorkSafeBC is also a first for the province.

“That is the process we would use in a situation like this where a teacher suspects they may have contracted the virus at school,” said B.C. Teachers’ Federation president Teri Mooring.

She says the teacher should have been informed about the positive case in her classroom.

“We need to be assured when cases are detected and there are confirmed cases of COVID in schools, that quick and efficient contact tracing happens,” said Mooring. “This is not leading to confidence in the system unfortunately. Everyone needs to understand there will be quick and efficient notifications when these things happen.”

Mooring says that includes parents, who were told about the student who tested positive at Sentinel Secondary, but not the teacher.

“There needs to be a real investigation in my view as to how this happened, and why families and teachers and the public haven’t been made aware of the situation much more quickly,” she said.

“It also has let us know that the system is not working,” said Willock. “Just cohorts and contract tracing is not enough, we need better preventative measures in schools.”

She believes without physical distancing and a stronger mask mandate in the classroom, this case could be just the beginning.

“That’s what our fear is, and we’re only in week two,” said Willock.