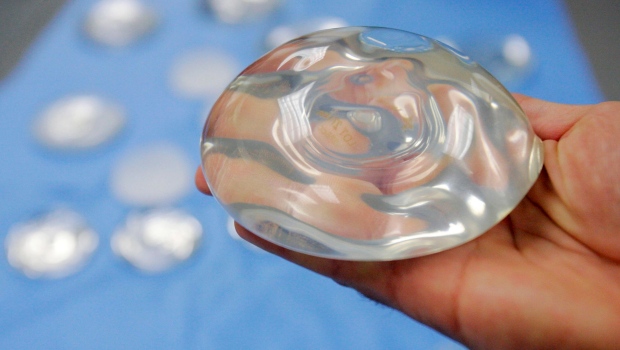 VANCOUVER — A B.C. blogger has been ordered to take down defamatory reviews of the plastic surgeon who performed her breast augmentation and pay him $30,000 in damages.

According to the decision, Peterson performed the surgery on Nov. 3, 2015. Within a few days, his office “began receiving numerous calls, text messages, and a breast photograph from the defendant,” Weatherill wrote.

Deck was unhappy with the result of the procedure. She had significant bruising on her left breast, which was also noticeably higher than the right.

Peterson was not concerned, telling her that her left implant would drop into place over time. When it hadn’t by December, Deck returned to voice her concerns, but Peterson said more time was still needed. If the implant hadn’t dropped into position by March, he said, he could perform another procedure to make more room for it.

“On Jan. 26, 2016, the plaintiff received a number of emails from the defendant, who made it clear that she was very unhappy and frustrated with the result of the first surgery,” Weatherill wrote in his summary of events.

“The upshot was that the plaintiff arranged for her to see another plastic surgeon in his office, Dr. Valnicek, who saw her on February 9, 2016.”

Deck did end up meeting with Peterson again in March, according to the decision. Her implant still had not settled, and Peterson offered to perform the second surgery to make more room for it at no cost to her.

Instead, Deck decided to have Valnicek perform a second surgery, and took his recommendation that she use a slightly larger implant on one side to compensate for a chest condition known as “Pectus Excavatum,” in which the front of the chest is concave instead of convex. This can result in asymmetry between the left and right sides of the chest.

Deck posted her reviews in 2018 and 2019. In them, she framed the second procedure as necessary to correct mistakes Peterson had made during the first. She also shared her displeasure with the way he took notes and the way he communicated with her, claiming that his consultations had not been thorough.

Weatherill concluded that there was no evidence Peterson had made mistakes during the first procedure, noting that the use of implants of two different sizes – rather than two of the same size – was something Peterson had recommended during his very first consultation with Deck in August 2015.

Deck selected two implants of the same size for the first procedure, and Peterson deferred to her choice “as is his policy,” Weatherill wrote in his decision.

The justice also noted that there was no evidence that the size of the implants was the reason for the issue of the left one failing to drop.

“There is no convincing evidence that the plaintiff either made a surgical error or other mistake, or that his care or operation regarding the defendant fell below the standard of care of plastic surgeons,” Weatherill wrote.

The justice concluded that a reasonable person who knew the “proven background facts” could not honestly express the opinions that Deck did in her reviews, and that her defamatory statements of fact in the reviews could not be justified.

Weatherill awarded Peterson $30,000 in damages, plus court costs, and ordered Deck to take down the defamatory reviews and not repost them anywhere.