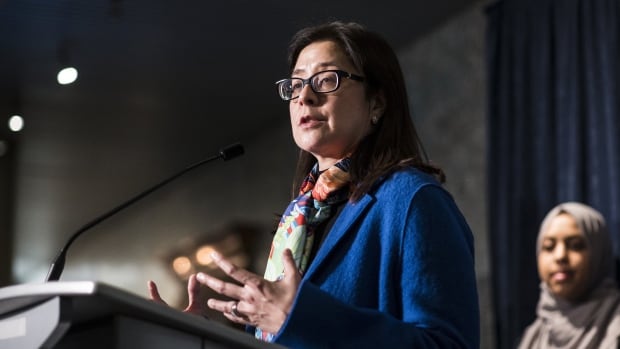 Toronto Medical Officer of Health Dr. Eileen de Villa, along with Mayor John Tory, will provide new socio-economic COVID-19 findings and data trends beginning at 2 p.m. You can watch the live stream above.

Black people and other people of colour make up 83 per cent of reported COVID-19 cases in Toronto, city data shows.

Dr. Eileen de Villa, along with other officials including Toronto Mayor John Tory, presented new findings and data trends on Thursday afternoon that show racialized and lower income communities in the city are disproportionately affected by the novel coronavirus.

De Villa said the data shows that Black people make up 21 per cent of reported cases in the city, while making up only nine per cent of the overall population.

Similarly, Arab, Middle Eastern and West Asian people represent 11 per cent of the city’s COVID-19 cases, while only making up 4 per cent of the total population, de Villa said.

The data also shows that East Asian and white people are under represented compared to the size of those populations, de Villa said.

The data also shows that 71 per cent of those hospitalized with COVID-19 were people of colour.

De Villa said 52 per cent of Toronto’s population identifies as belonging to a racialized group.

The city’s health agency says it started collecting case data on reported ethno-racial identity, household income and household size on May 20 “to understand if Toronto residents have been inequitably affected by COVID-19.”

The data does not include long-term care or retirement home residents or Indigenous people, de Villa said.