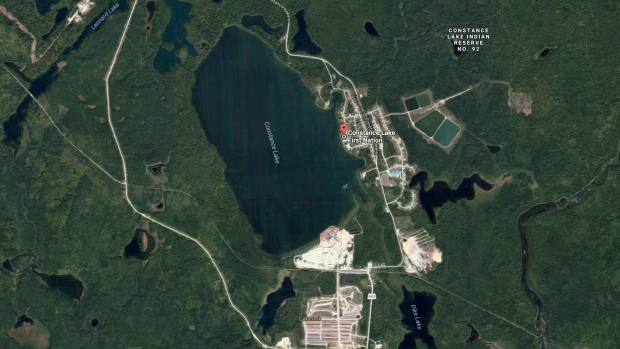 TORONTO — A community in Northern Ontario is dealing with a probable outbreak of blastomycosis, a lung infection caused by breathing in mould and fungi found in the wilderness.

Officials are inspecting sites in the community identified by Constance Lake First Nation Leadership. Laboratory samples are being conducted to determine the mould and fungi.

But where does blastomycosis come from and how does it spread? We put our questions to Dr. Anna Banerji, associate professor of pediatrics and Dalla Lana School of Public Health at the University of Toronto.

It’s called a dimorphic fungus, which means that in most places it’s mould but when it goes into the body at human temperatures it turns into a little yeast bud. So it’s not that common, and most people who get it, it looks like they have a pneumonia. If it’s diagnosed in time you can treat it with an anti-fungal and people will be fine. But I think the harder part is making that diagnosis.

Why is it hard to diagnose?

It’s not that common and most people who get blastomycosis, they often don’t get the diagnosis until later. Sometimes they have findings in a chest X-ray and they think, ‘Well, could this be Tuberculosis? … Could this be cancer or something else?’

Are outbreaks common? Where is it found?

Outbreaks are still pretty rare. It does occur in scattered areas of the north.

What is the source of this mould and where is it found?

It’s a mould out in the community, where it tends to occur is in decaying matter, so wood piles typically. So if there might be blastomycosis there it’s in a pile of wood that is decaying, someone moves it or things are moved around and it gets aerosolized.

How would an outbreak begin?

Usually the outbreaks occur when there’s a bunch of people and they’re moving the wood, and there’s blastomycosis there, and they’re all exposed at the same time or a similar time.

Is this transmissible person to person?

It’s a yeast in the body at temperature and that yeast is not transmissible to other people, so you can’t get it by them coughing, you can’t get it in the same room as them. It’s really only from the environment where it’s a mould, and the mould forms spores, and it’s by inhaling those spores that it can grow and change to the yeast form in the body.

So the mould is outside?

It’s usually outside in wood. It’s not the same as the black mould you see in housing complexes. Most people are not at risk; it’s usually from an event that occurred outside. The incubation period is like a month to a couple months, so it’s usually something that occurred a week or months ago, they were moving something like decayed logs out of the way, a bunch of people are exposed and then within the month people start having symptoms.

Is this easily treated?

If you get it in time it’s an anti-fungal; you take it by mouth, it’s curative. So you just have to make sure you diagnosis quickly and treat people quickly.

If this is not easily diagnosed, would that explain a larger outbreak?

It’s not an easy diagnosis to make outside of an outbreak.