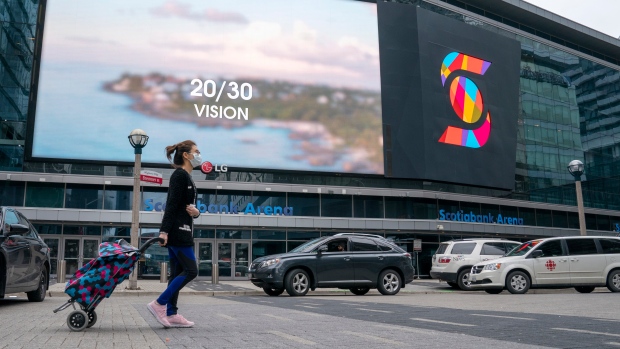 TORONTO — Businesses are ramping up their efforts to stop the spread of the novel coronavirus after a string of cases cropped up at Canadian workplaces in recent days.

Thursday morning brought news that the Office of the Superintendent of Financial Institutions was asking its approximately 360 employees to “telework” after a staff member in its Ottawa office was sent for testing for COVID-19.

By the afternoon, Coca-Cola Canada Bottling Ltd. said in an email that some operations had been suspended at a Brampton, Ont., facility and a “small” number of individuals were working from home after an employee tested positive.

Days earlier, a Kinross Gold Corp. employee in Toronto was also diagnosed with the virus, causing the mining company to close the office for a “thorough” disinfection and ask employees to work from home until at least Mar. 20.

Royal Bank of Canada implemented similar measures last week for workers on one floor at its Meadowvale complex in Mississauga, Ont., after learning of a case at the facility.

Even companies yet to be impacted by the virus said they were upping their precautions.

Kevin Johnson, the chief executive at coffee chain Starbucks Corp., sent a note to customers early on Thursday, saying it had stepped up cleaning practices at its stores but was preparing to further modify its Canadian and U.S. locations if need be.

“We may adapt the store experience by limiting seating to improve social distancing, enable mobile order-only scenarios for pickup via the Starbucks app or delivery via Uber Eats, or in some cases only the drive-thru will be open,” the note said.

“As a last resort, we will close a store if we feel it is in the best interest of our customers and partners, or if we are directed to do so by government authorities.”

Sephora chief executive Jean-Andre Rougeot said in a note to customers it is suspending all paid and free in-store makeup and skin-care applications and classes until further notice “for the welfare and safety of our clients and employees.”

The cosmetics retailer also announced it increasing “weekly deep cleanings” of stores and distribution centres, upping the accessibility of hand sanitizer in its locations, waiving shipping fees until the end of March, offering sick pay and paid quarantine for all full-time and hourly employees requiring it and establishing a command centre in Toronto and San Francisco to guide its COVID-19 response.

Vancouver-based apparel retailer Mountain Equipment Co-op told consumers in an email that it was pausing its rental program and the use of its in-store climbing and bouldering walls.

Shopify announced it would be taking its offices “remote first” starting Mar. 16, after cancelling its annual Unite event scheduled for May in Toronto and halting events at its Los Angeles space for entrepreneurs.

“This was a hard decision but the right one,” Shopify CEO Tobi Lutke tweeted. “Proximity is incredibly valuable for creative work. However, it’s possible for us to work together remotely and so we should.”

Shopify confirmed to The Canadian Press on Thursday that it is also offering employees $1,000 to set up their work-from-home space.

Lutke noted that Shopify is “no stranger to remote work.” The company closed its offices previously for a one-month period to “build empathy for the remote workers of Shopify.”

Most of Lutke’s meetings already involve remote workers, he tweeted.

Canada has reported more than 100 cases of COVID-19.

Most people diagnosed experience mild or moderate symptoms, such as fever and cough, and the vast majority of those who contract the virus recover.

The Public Health Agency of Canada says the risk to the general population is low. However for some, including Canadians aged 65 and over and those with compromised immune systems or pre-existing conditions, the illness can be much more severe.

This report by The Canadian Press was first published March 12, 2020.