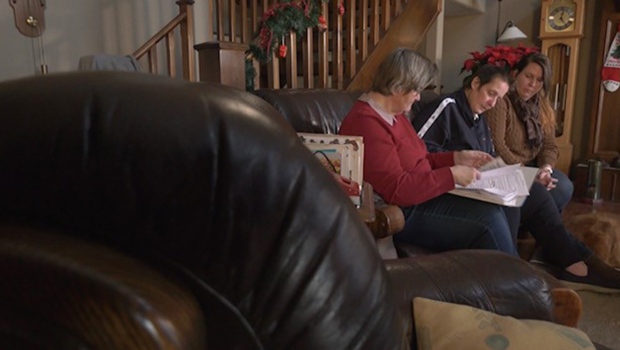 CALGARY — Fighting cancer is difficult enough on its own, but a woman living in Calgary on a temporary resident permit is now faced with mounting medical bills that her family has to pay out of pocket.

Alexandra Schrage was diagnosed with cervical cancer in April 2019 and, to date, her parents have forked over $40,000 for chemotherapy and other costs that come with cancer treatment. There is an additional $20,000 outstanding but the family’s savings have been exhausted.

“We still have some bills that are not paid because I don’t know where the money is going to come from,” said the 42 year old.

Schrage, who currently resides with her parents, moved to Canada from the Netherlands in 2006 with visitor status. Two years later, she received a work permit and found legal gainful employment for several years.

Her effort to secure permanent resident status was unsuccessful and she eventually lost her job and work permit.

In January of this year, she applied for permanent residency again under humanitarian and compassionate grounds and is still awaiting approval.

Schrage’s sister and parents moved to Calgary in 2012 and are now permanent residents, however, they obtained their statuses through different avenues that Schrage does not qualify for.

“We have been trying to sponsor her but our applications have been denied,” said Schrage’s sister Evelyn.

Schrage says she was receiving medical coverage from the Netherlands while she’s been in Canada and also from Alberta Health, but the latter was only allowed when she had a work permit. Schrage says everything changed when she was diagnosed with cancer, which she says has now moved into her lymph nodes.

“I had health care from the Netherlands and as soon I got sick they found a loophole and said see ya later.”

Schrage attempted to get coverage from Alberta Health but was denied. According to the ministry, foreign nationals eligible for Alberta Health Care Insurance coverage must meet requirements to be deemed a resident. They need to have a work permit, student permit or are a dependent of someone in Alberta who has either of those permits.

Schrage, who is single, feels like she is being discriminated against.

“Because I’m single and I have my temporary resident status, they don’t recognize it. That’s frustrating.”

The ministry also says an individual may become eligible for health coverage if they received a first positive or first stage approval letter from Immigration, Refugees and Citizenship Canada regarding their application for permanent residency or if their temporary resident permit is accompanied by a work permit.

“We recognize the difficulty of this particular situation and the financial struggles the family is facing. We encourage the family to contact AHS patient relations as they may be able to assist with a repayment schedule”

Schrage says the problem is the family doesn’t have any more money to pay for more treatment.

They tried to see if the federal government would help but a spokesperson with Immigration, Refugees and Citizenship Canada says the Interim Federal Health program only covers individuals with a refugee-like situation and is not intended to cover all migrants to Canada who aren’t eligible for provincial or territorial insurance.

The family does not want to send an ailing Schrage back to the Netherlands as they have always wanted to stay in Canada together. At this point Schrage’s sister Evelyn says they are desperate for help.

“From the prime minister (to) Notley’s office to the cancer society, you name it, we’ve tried everyone and basically we are still fighting,” said Evelyn.

“All we want is just normal health care so if something happens to her we don’t have to worry about going to the hospital. Nobody has to worry about who is going to have to pay this bill.”

Schrage says she can deal with her cancer and her expected fate, but she doesn’t want the burden of bills to be left on her family’s shoulders.