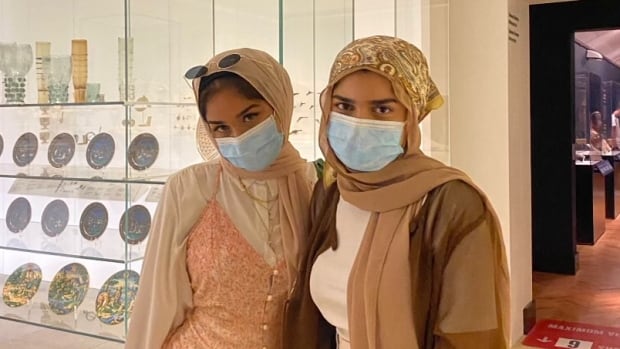 A Cambridge, Ont., woman is outraged after her late sister’s photo and personal information were used without permission in anti-vaccination social media posts by an Ontario member of provincial parliament (MPP).

Farisa Navab, 20, died on Sept. 11 from a rare autoimmune disease.

On Tuesday, images of Navab and 10 other people appeared on the social media of Randy Hillier, an Independent MPP for Lanark-Frontenac-Kingston. The posts suggested they died after having a “permanent adverse reaction shortly after receiving their first or second dose of the COVID-19 vaccine.”

Several individuals who said they knew some of those pictured in Hillier’s posts commented that their loved ones’ deaths were not related to any vaccinations.

“It’s not like regular people making assumptions. It’s somebody in power who’s posting to thousands of followers, lying about my sister’s death and using it as ‘proof’ … It’s disgusting,” Navab said.

“If [Farisa] saw what was happening, she would not be very happy.”

The family has chosen not to reveal Farisa’s vaccination status for privacy reasons, and for fear of backlash from people on social media.

Navab said her family demands that Hillier remove the posts and issue a public apology  — but even that won’t be enough.

“He’s done so much damage to our families,” she said. “I don’t even think it should be legally allowed to post information that isn’t correct online. He didn’t ask us for consent to use her pictures.”

Navab said she previously created an online fundraiser to help keep her sister’s legacy alive. Information about some others pictured in the posts can also be found online through news articles or affiliated organizations.

Hillier did not directly answer questions by CBC News about the information used in his posts that Navab says are false.

Instead, he said in an emailed statement: “The obligation and responsibility of every elected member is not simply to accept or promote public policy, but rather to examine and question public policy and provide supportive or critical commentary based upon observation and evidence.

“It is my responsibility to bring to people’s attention publicly available data that strongly suggests these pharmaceuticals are causing irreparable injury, and even death, in children and adults across Ontario,” the statement continued.

He called on the Ontario Provincial Police (OPP) and local law enforcement agencies to investigate the deaths.

Throughout the pandemic, which was declared by the World Health Organization early in 2020, Hillier has been vocal about his opposition to COVID-19 public health measures.

The actions of MPPs are largely governed under the Ontario Members’ Integrity Act, which outlines factors around conflict of interest, gifts and social media. An integrity commissioner may investigate the conduct of a particular member only if an inquiry is raised by another MPP.

Ian Stedman, assistant professor at the School of Public Policy and Administration at York University in Toronto, said that in this situation, there may not be recourse through the integrity act, unless it’s under the Ontario Parliamentary Convention, which could guide the conduct of an elected official.

“If you can think of a historical situation where another person, another member of provincial parliament, has come out and told blatant lies and then been censured or rebuked or disciplined … by the other members of the House or that part of parliament as a whole, then you could argue that he’s violated parliamentary convention,” he explained.

Outside of that, “there’s not a clear answer” on whether an individual can pursue legal action, according to Jacob Shelley, associate professor in the faculty of law in the school of health studies at Western University in London, Ont.

“The question will be whether or not there’s any breach of information, the privacy information, here,” said Shelley.

“I think that there’s reason to think that, democratically, there might be recourse … that this is not the kind of representation that Ontarians seek. But aside from that, it is a very difficult road forward to hold an individual accountable, beyond the kinds of actions that have been taken already to have him removed from his party.”

For now, Navab said she and her family continue to grieve the loss of their loved one — a pain she says have been compounded by the politician’s actions.

“I prefer for our family to be … given the space to just grieve in peace without all these other issues coming [up].”