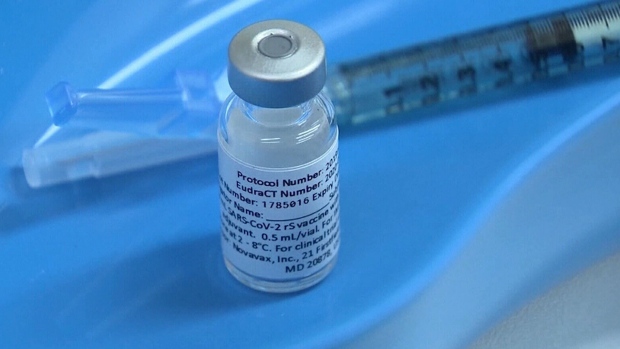 TORONTO — If your first vaccine shot was made by one company, can you receive a different vaccine for your second shot?

Scientists are looking to answer this question for the first time, and a new study out of the United Kingdom may be able to provide some guidance soon.

The concept has been dubbed ‘mix and match’ — using different combinations of approved COVID-19 vaccines for the first and second doses within a single person.

Questions around vaccine supply, as well as concerns relating to specific vaccines, have put some urgency behind the quest to see if it works.

“You’re not going to be able to control the supply in the first and second doses as well, perhaps, as some other countries,” Matthew Snape, a professor at the University of Oxford and chief investigator of the U.K. study, said. “So these mixed schedules might well be the key to getting two doses into as many people in the world as possible.”

Led by the Oxford Vaccine Group, the COM-COV study was launched in February, and results from the first phase — which involved more than 800 volunteers over the age of 50 — are expected to be released in a few weeks.

Taking doses of different vaccines should be safe, experts say, so the most important question is if it the vaccines still work when in combination.

But it’s more than just mixing vaccines for the purpose of boosting supply.

The U.K. study may also determine if two different shots produce a better result than one brand alone.

Some test subjects are getting a dose of AstraZeneca, which uses a cold virus to build immunity, and a shot of Pfizer, which primes the immune system with messenger RNA.

When researchers expanded the study in April, they added Moderna and Novavax to the vaccines that volunteers could receive.

Volunteers received vaccines at random, with some receiving the same vaccine in their first and second dose in order to serve as a control group to see if mixing the vaccines produced a different immune response.

“We also know from immunology experiments in animal models that sometimes mixing and matching vaccines gives you a better protection, because each vaccine has its own attributes,” Tania Watts, a professor of immunology at the University of Toronto, told CTV News.

Depending on the results from the U.K. study, a ‘mix and match’ strategy could present a new option for those who got Astra Zeneca for their first dose and now are concerned about short supplies or rare blood clotting side effects.

As much of AstraZeneca is manufactured in India, which is currently being hit hard by the virus, there have been concerns raised in provinces such as B.C., where tens of thousands received AstraZeneca as their first dose, that the second doses will not arrive within the four month waiting period recommended by NACI.

“I’m really hoping by the end of this month we might start to see some data from Oxford so that [we] can make an informed decision on that,” Watts said.

We are in an “unprecedented” situation with the pandemic, Watts pointed out, and it is inspiring us to ask new questions.

“We need to do everything we can to make the best response,” she said, adding that this research could “inform vaccine rollout on other diseases for years to come.”

The U.K. is not the only place investigating this concept. There is already ‘mix and match’ occurring in Canada in Quebec, as a strategy to boost the number of people fully vaccinated.

In April, Quebec announced that it would be substituting the Pfizer vaccine for some long-term care residents who had received Moderna as their first shot, in order to vaccinate residents more quickly in the face of variants and supply shortages.

Pfizer and Moderna are more similar than some of the other vaccines, due to both being mRNA vaccines.

Dr. Sophie Zhang, the head physician for 15 long-term care facilities in Montreal, said they hadn’t set out to mix doses, but had responded to a lack of supplies.

“There was a delay in the arrival of the shipments of Moderna, and we decided that it was urgent to give them the second dose, and that we were ready to give them a dose of another type of vaccine quicker instead of waiting for the Moderna supplies to arrive,” she said.

She said around half of the care homes she works at received the mixed doses, covering about a few hundred people.

She said that they have been watching closely for adverse reactions, but haven’t noticed anything out of the ordinary.

“In terms of safety, I think that so far we don’t have any worries and any concerns,” she said. “Maybe in the future it will even be something that would be recommended because of the fact that it could even boost the immune response.”

And CTV News has learned that Canada will be launching its own broader ‘mix and match’ vaccine study — with more details coming soon.