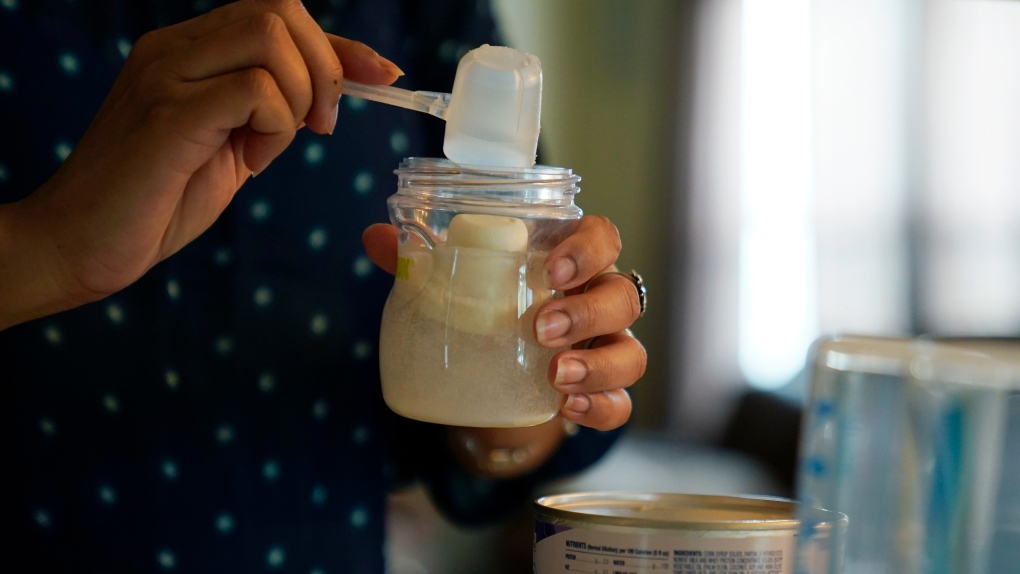 A major infant formula recall by the U.S. manufacturer of Similac has exacerbated ongoing pandemic-related supply issues for some Canadian retailers, according to the Retail Council of Canada, while other stores have generally been able to keep shelves stocked, with shortages mostly temporary.

A number of powdered Similac products were recalled in February when four babies in the U.S. became very sick with a bacterial infection after consuming formula made at an Abbott Nutrition facility in Michigan. Two of the four hospitalized infants died. The plant was closed while the U.S. Food and Safety Administration (FDA) investigated.

The company, the largest manufacturer of infant formula in the U.S., said in a statement that “there is no evidence to link our formulas to these infant illnesses”. The plant remains shut for the investigation, however, and U.S. retail tracking company Datasembly said the out-of-stock percentage for baby formula in the U.S. reached 43 per cent for the first week of May.

While Canadian retailers have generally not experienced the bare shelves seen in many U.S. stores so far, some Canadian parents are nonetheless concerned about any potential impact, particularly as a number of products are specialty formulas made for infants with special dietary requirements.

“Some retailers that I have spoken to have seen an impact since last year because of those global supply chain challenges. But it’s definitely become considerably worse since the production facility closure and product recall,” said Michelle Wasylyshen, the national spokesperson for the Retail Council of Canada, in a phone interview on Friday.

Other retailers saw less of an impact, she said.

“The majority of that section within their stores, the baby formula is stocked. If there are any outages or shortages on the shelves, they should be temporary in nature for the most part.”

Wasylyshen said there was no clear answer on whether supply issues were regional because grocery retailers use different supply chains within the country and even within a province and there are different types of agreements and suppliers as well.

Walmart Canada told CTVNews.ca that there have been numerous ongoing global, industry-wide supply challenges with baby formula that have persisted for years and that it continued to work closely with its suppliers.

“Despite these challenges, including the most recent brand recall … [we] have secured a strong supply of baby formula across multiple brands and formats (concentrates, powder and ready-to-feed), to make available for sale both in-store and online,” said spokesperson Felicia Fefer in an email on Friday.

Costco and two of Canada’s three major grocery chains, Loblaws and Sobeys, had yet to respond at the time of publication. Metro declined to comment, saying the issue was not Metro specific.

Despite concerns, there are differences between Canada and the U.S. that have helped diffuse some of the impact so far, Wasylyshen said.

All major grocery chains in Canada have strong “private label” or house brands, including for the infant formula category, she noted. While some of these store-brand versions of formula may also be manufactured by the same company as the major labels, most are sourced from competitors, giving shoppers more alternative options and preventing a two-fold impact.

In addition, Health Canada also approved an interim policy that temporarily allows other infant formula brands from the U.S., U.K., Ireland, and Germany to be imported into Canada. The policy is meant to “help prevent and mitigate shortages of these products in Canada in relation to the temporary closure of a large manufacturing plant in the United States, while ensuring a safe supply of these products to the vulnerable Canadians that rely on them” the document states.

The policy, which is in effect until June 30, also notes that safety assessments have been conducted by Health Canada for each product included in the list. In many cases, the products were not approved for Canada due to requirements like French and English labelling, for example, Wasylyshen said, but it can also be due to certain ingredients and additives that are regulated differently in Canada.

“They’re all still products that are safe and that are regulated, it’s just now they’re being temporarily allowed into Canada until we get a little bit more stability with the system,” she said, adding that this has been done in the past in situations where delivery of essential supplies was hampered.

Ongoing global supply chain issues during the pandemic was already an issue prior to the recall, including global shortages of raw ingredients that go into making baby formula, Wasylyshen said. But complicating the current situation is that other suppliers are now beginning to experience issues due to the increased demand in other products that are available.

“It’s not a big problem yet, but the longer that we continue to see the Abbott shortage or Abbott products missing from the shelves, other suppliers could experience additional problems within a month or two – perhaps by summer, so that’s certainly something that we’ll want to keep our eye on.”