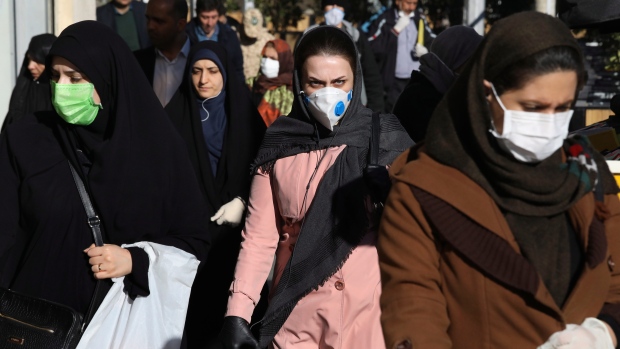 TORONTO — The Canadian government is urging people to avoid all travel to Iran out of concern about the increase in COVID-19 cases in that country.

According to the updated advisory, Canadians should avoid Iran because it’s become increasingly difficult to leave the country due to the outbreak.

“Many airlines have suspended or reduced flights to and from Iran or imposed strict travel restrictions. Seat availability may be extremely limited and ticket costs may be high,” the warning read.

The Canadian government also said that all neighbouring countries have closed their borders with Iran and a number of nations are denying entry to foreigners who have been in Iran for up to two weeks before their planned arrival.

“Further restrictions may be imposed suddenly,” the statement read.

For those Canadians who are already in Iran, the government advised them to leave as soon as possible.

“Consider leaving the country by commercial means while these are still available. The Government of Canada may have little to no ability to assist your departure from Iran,” the advisory stated.

Iran has been one of the hardest-hit countries by the new coronavirus, which originated in China.

As of Thursday morning, the Islamic Republic has reported 3,513 confirmed cases and 107 deaths from the respiratory disease.

In response to the health emergency, the Iranian government announced that checkpoints will be installed between major cities to limit travel within the country. Schools and universities will also remain closed through Nowruz, the Persian New Year, on March 20.

The Canadian government already had a travel advisory for Iran that warned people to avoid all non-essential travel due to the “regional threat of terrorism and the risk of arbitrary detention.”

That advisory was issued in January after an American airstrike in Iraq killed a top Iranian general and Iran retaliated by firing missiles at bases in Iraq where U.S. personnel were stationed.

The travel advisory updated on Thursday still includes those warnings about the “volatile security situation” and the threat of terrorism and arbitrary detention.