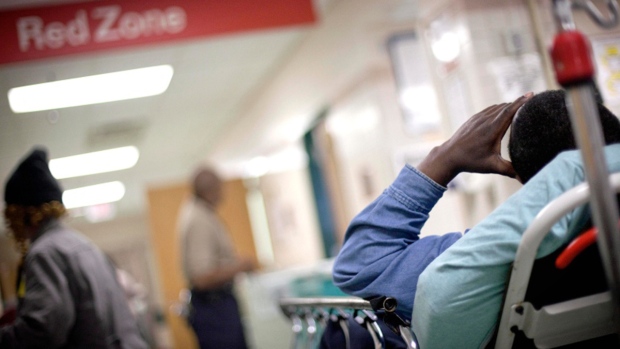 TORONTO — A new report has ranked Canada’s health system second last, ahead of the United States, among high-income countries.

The report found that the top-performing health systems overall are in Norway, the Netherlands, and Australia, while Switzerland, Canada and the U.S. were the countries with the worse health-care systems, respectively.

However, the report noted that the U.S. performance falls “far below” Switzerland and Canada’s, despite these countries being ranked directly above it.

In addition to its overall ranking, the study noted that the U.S. ranks last on access to care, administrative efficiency, equity, and health-care outcomes, but second for preventative care processes, such as screenings and vaccinations.

The report said countries were ranked by an expert advisory panel using Commonwealth Fund international surveys conducted in each country prior to the COVID-19 pandemic, as well as administrative data from the Organisation for Economic Co-operation and Development and the World Health Organization.

The report found that income-related disparities in accessing health care are largest in the U.S., Canada, New Zealand, and Norway.

“Compared to the other countries, the United States and Canada had larger income-related inequities in patient reported experiences,” the study noted.

The inequities include financial barriers to accessing medical and dental care, medical bill burdens, difficulty obtaining after-hours care, and the use of web portals to facilitate patient engagement.

In regards to health-care outcome metrics, defined in the report as those outcomes that can be improved by the delivery of health-care services, Canada ranked 10th after taking into account mortality rates and life expectancy.

Compared to other countries, the report found that Canada spends less on social programs, such as early childhood education, parental leave, and income supports for single parents, which impact health-care services.

Canada also ranked 9th out of the 11 countries for access to care, with the report citing the country’s health-care system’s affordability and timeliness as reason for its placement.

To improve one’s health system, the report says countries need to ensure they provide universal coverage to help remove cost barriers, primary-care services should be expanded to every local community, administrative burdens should be reduced to free up resources, and they need to invest in social services, specifically for children and working-age adults.

While the report acknowledges that no health system is perfect, the panel recommends countries look to one another to see what has worked and what has not.

In doing so, the report says countries may move closer to the “ideal of a health system that achieves optimal health for all its people” at an affordable price.

“International comparisons allow the public, policymakers, and health-care leaders to see alternative approaches to delivering health care, ones that might be borrowed to build better health systems that yield better health outcomes,” the report said.