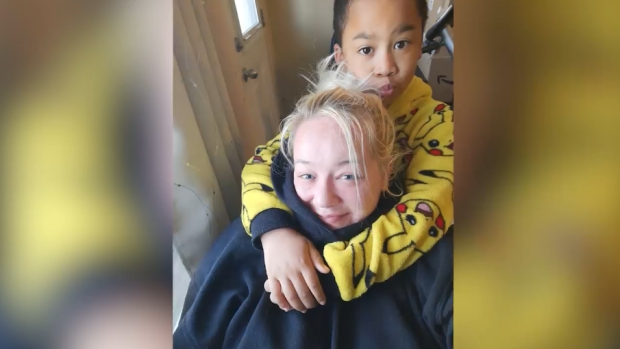 Like many other children his age, Baker told CTV National News that Kameron loves to dance and have fun, but he has difficulties with social issues and communication.

Baker said she even asked for help from a staff member at her MPP’s office in finding affordable therapy, but with no luck.

“She said, ‘I know you don’t want to institutionalize your son, but have you considered putting him in a group home?'” Baker said.

Services available to families are not only different in every province, but Baker says in Ontario, supports are even different depending on one’s postal code.

“It’s been left on me to advocate and educate because of the discrepancy in knowledge between different townships,” Baker explained.

Groups including Autism Nova Scotia say they have seen families move across the country in search for better services.

“If prioritized at federal level will then help prioritize at the provincial and territorial level, it brings this hope that there will be better co-ordination and support for services,” Carroll said.

A panel of researchers and adults with autism are expected to create a report for the government on a range of complex health and health-related issues of importance to Canadians with autism and their caregivers.

A web portal is set to launch next week in an effort to help gain input from the autism community on the strategy.

CAHS CEO Serge Buy said it is essential that Canadians provide insight into their needs through the portal to ensure the national strategy is as comprehensible as possible.

Buy said the autism community “has lots of diverse opinions” and “understandably” a lot of emotions that need to be addressed.

“The only way we’re going to get the community well served is if they provide the feedback, the information and the participation on this, so this is critical,” Buy explained.

Advocates and families say they hope this will be a thorough process, and one that leads to real change unlike other experiences.

“Families are tired of filling out these surveys — we’re hoping this is the last one. We don’t want it to be another report that sits on the shelf,” says Jonathan Lai, executive director at the Canadian Autism Spectrum Disorder Alliance.

The report is expected to be given to Health Canada in January 2022, but the federal government has not yet said when it will use that information to create the strategy.