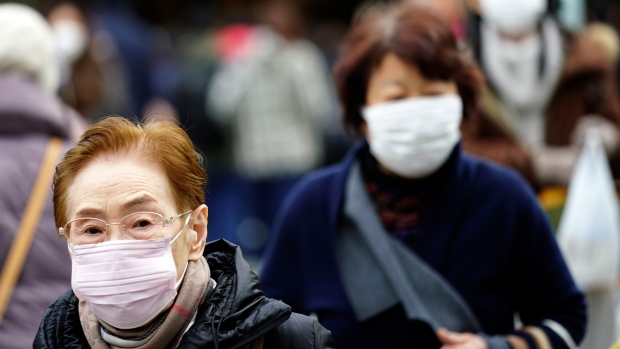 TORONTO — As new information emerges about a coronavirus that has infected hundreds and been linked to three deaths in China, Canada’s chief public health officer is advising caution.

“It is important to take this seriously and be vigilant and be prepared, but I don’t think there’s any reason for us to panic or be overly concerned,” Dr. Theresa Tam said Monday in a call with reporters.

China has confirmed more than 200 cases of the virus, and five others have been reported in South Korea, Japan and Thailand. Doubts have emerged about China’s official numbers, with an outside report from Imperial College London estimating that 1,723 people could have been infected by Jan. 12.

Tam said the risk to Canadians is still considered low. Even so, airports in Montreal, Toronto and Vancouver will begin displaying electronic messages on screens asking any travellers from Wuhan who present flu-like symptoms to notify a border services agent.

Electronic kiosks at the three airports will also include an additional health screening question. Those steps are expected to be rolled out later this week.

Officials have also started “preparing the health system to respond to any potential cases,” Tam said.

“This is a rapidly evolving situation and we have new information coming out of China and other counties on an ongoing basis,” Tam said.

Officials will use thermal scanners that can be pointed at travellers’ foreheads or temples for signs of illness, and travellers will be asked to fill out questionnaires asking if they visited meat or seafood markets in Wuhan.

Similar screenings are underway at airports in Japan and Thailand.

Chinese officials confirmed Monday that the virus can spread from human-to-human contact. Previously, it was believed that the virus could only be spread through contact with animals.

The discovery deepened fears that the virus could spread faster than previously believed.

The World Health Organization will hold an emergency meeting later this week to decide whether or not to declare the situation a global health crisis. Tam described the move as “expected.”

“I think it is the proactive thing to do,” she said.

The coronavirus has drawn comparisons to SARS, a respiratory illness that also began in China and spread quickly, killing more than 8,000 people worldwide. In Canada, 44 people died from SARS.

But Tam said the way officials respond to such situations has evolved since then.

“From my perspective a lot has changed from 2003, and we are in a better position to respond to a variety of emerging infections,” she said.