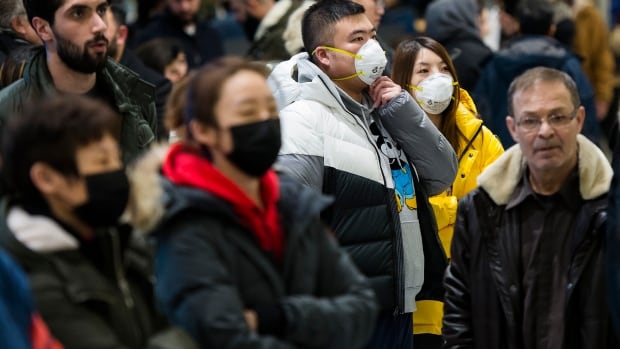 Federal health officials expect more cases of the coronavirus, but say the risk of an outbreak in Canada remains low.

Health Minister Patty Hajdu said officials at all levels of government are working with hospitals and international partners to prevent and respond to potential infections.

“We’re working actively to limit the spread of the virus,” Hajdu said at a news conference in Ottawa Sunday morning after the first “presumptive” case of coronavirus was reported in Toronto.

Hospitals have an “incredibly strong” system to prevent and control infections, she said.

Hajdu said much has been learned from the SARS virus in 2003. Since the first cases of this novel coronavirus were reported in China in December, the federal government has been in close contact with the provincial health authorities and international players to share information in a “collaborative, responsive” approach.

Hajdu said there is considerable misinformation being spread about the virus which “belies the reality” that the risk to Canadians remains extremely low.

While the government does not expect a chartered plane is necessary to evacuate Canadians from the Wuhan region where the outbreak began, Hajdu said Global Affairs Canada stands ready to provide support services for any Canadian trying to leave China.

Canada’s Chief Public Health Officer Theresa Tam said despite the fact the number of cases in China is increasing, the export to other countries remains low and the risk remains low in Canada.

Tam said the reported case Saturday was “not unexpected.”

Canada confirmed its first “presumptive” case of coronavirus in Toronto on Saturday after receiving lab results. The patient, a man in his 50s who had recently travelled to Wuhan, China, is isolated at Sunnybrook Health Sciences Centre and is now in stable condition.

“The health system is on alert to detect potential cases and to respond promptly when they are confirmed,” Tam said. “It shows that our systems are working.”

Tam said she expects the formal results of the test to confirm the virus within 24 hours.

She said the man experienced symptoms on board China Southern Airlines Flight CZ311, but he apparently did not report those symptoms. Health officials are now tracing fellow passengers in close proximity to the patient — in a two-metre radius — to determine if others are affected.

Family members of the patient are also being closely monitored.

According to the U.S.-based Centers for Disease Control and Prevention (CDC), coronaviruses most commonly spread from an infected person to others by air through coughing or sneezing, close personal contact such as touching or shaking hands, or by touching an object or surface contaminated with the virus, then touching your mouth, nose or eyes before washing your hands.

Coronaviruses are a family of diseases that range from a common cold to more serious diseases such as SARS.

The federal health department’s website says symptoms of most coronaviruses are usually mild to moderate and can include a runny nose, headache, cough, sore throat and/or fever, as well as a general feeling of being unwell.

Howard Njoo, Canada’s deputy chief public health officer, agreed that the first case in Canada was not unexpected, and that other cases in Canada are likely.

He said it’s possible that other passengers on board that flight could have transferred to flights to other provinces. The health agency’s protocol is to follow up on those persons for possible symptoms over the next 14 days.

The number of infections worldwide now exceeds 2,000 cases, most of them in China, which reports 56 deaths.

Air Canada announced Sunday it is extending its “goodwill policy” to allow passengers to make alternate travel arrangements during the affected period. People can change their flight free of charge to another date or another destination, or can cancel a flight for a full refund.

On Saturday, Hajdu said all necessary precautions are being taken to prevent the spread of infection, and that PHAC’s National Microbiology Laboratory in Winnipeg would be confirming what is believed to be Canada’s first case of the coronavirus.

“The government of Canada has been working closely with provincial and territorial counterparts, and international partners, since China first reported 2019-nCoV cases to ensure that our country is prepared to limit the spread of 2019-nCoV in Canada. Canadian hospitals have strong infection control systems and procedures in place to limit the spread of infection and protect health care workers,” she said in a statement.

Risk mitigation measures now in place include messaging on arrival screens at the Toronto, Montreal and Vancouver airports reminding travellers to advise border officials if they are experiencing flu-like symptoms.

Experts say Canada is much better prepared for the new coronavirus than it was for SARS in 2003. 0:40

“While the risk of an outbreak of novel coronavirus in Canada remains low, I encourage Canadians to tell your health-care professional if you have travelled to an affected area of China, and develop flu-like symptoms,” Hajdu said.

Officials said the man took a flight on Jan. 21 from Wuhan to Guangzhou, then from Guangzhou to Toronto, arriving on Jan. 22.

Ontario Health Minister Christine Elliott says people are encouraged to take normal precautions such as washing hands and coughing into their elbow to prevent transmission of any kind. 0:51

He is believed to have travelled “privately” from the airport to his home. Officials do not believe he took public transit. They have not said what part of the city the man lives in.

Upon arriving, he told family members he felt ill and called 911. Officials say paramedics took all necessary precautions “right from first contact” until the hand-off to the hospital’s emergency department on Jan. 23, officials say.