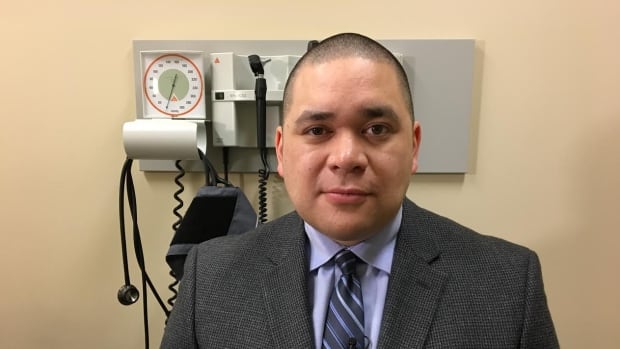 A national professional medical body is calling on the federal government and some social media companies to reduce threats and violence some front-line health-care professionals are experiencing at work.

In a news release issued Thursday, the Canadian Medical Association (CMA) urged Ottawa to make promised changes to the Criminal Code that would make it an offence to obstruct access to any building providing health services, as well as to intimidate or threaten any health-care worker or person seeking health care.

The CMA is also contacting Twitter, Meta (parent company of Facebook and Instagram), Alphabet (Google’s parent company that owns YouTube), Microsoft (LinkedIn) and TikTok to work together on an action plan to stop online harassment and personal threats against health-care workers, the release says.

“All of these things taken together really create an even greater burden on health-care providers, [who] are already at or past their breaking point in the midst of everything that’s being going on in the past couple years,” Dr. Alika Lafontaine, president-elect of the CMA, told CBC News.

Earlier this fall, there were protests happening outside hospitals in multiple Canadian cities, during which participants berated some patients and health-care workers going inside the facilities.

In response, on Sept. 13, during the election campaign, Prime Minister Justin Trudeau said his government would make it an offence to obstruct access to any building providing health services, as well as to intimidate or threaten any health-care worker or patient, if re-elected.

Workplace violence for physicians and health-care workers isn’t new, but it is being compounded by online hate and the COVID-19 pandemic, said Lafontaine, who works in Grande Prairie, Alta., nearly 390 kilometres northwest of Edmonton.

Lafontaine has personally experienced workplace violence, including being spat on, swung at and having bodily fluids thrown at him.

Social media has worsened the situation, especially because of rampant misinformation, he said.

“It should be no surprise that, in the midst of all these things, the interactions and the incidences and intensity of violence have also gotten worse in the past couple of years,” he said.

In an effort to combat misinformation, she started using Twitter during the pandemic. The responses have ranged from disagreements to personal attacks.

At the beginning of the pandemic, it felt like people were more united. But it’s different now, she said.

“There’s been increasing polarization,” Saxsinger said. Particular “silos of misinformation” have become consistently more aggressive, to the point where it almost seems organized.

“That’s been a really disturbing thing to see happening,” she said.

Saxsinger is grateful a national body is elevating the issue.

“People who have experienced various kinds of harassment or negativity sometimes can start to feel a little bit isolated,” she said.

“Having the profession kind of acknowledge that this is happening, and suggest that something needs to change, I think was actually a really encouraging move.”

The current call from the CMA is partially to prevent “these abnormal things” occurring during the pandemic from continuing after it’s over, Lafontaine said.

The federal government is committed to making the promised changes to the Criminal Code and is “looking at all options to make that promise a reality as soon as possible,” federal Justice Minister David Lametti said in a emailed statement sent through a spokesperson.

In the statement, Lametti denounced the harassment of the health-care workers fighting the pandemic.