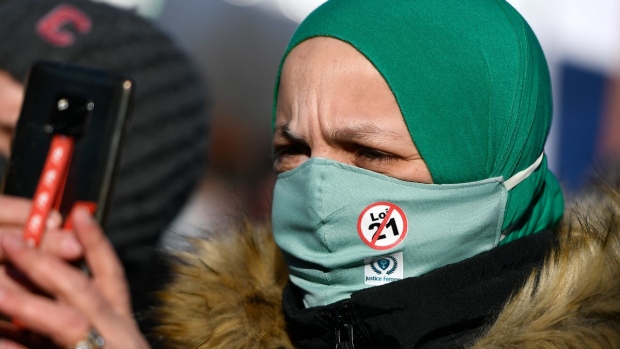 The Canadian Medical Association Journal (CMAJ) has retracted and formally apologized for a letter it recently published about the hijab following calls from multiple organizations and individuals.

Interim editor-in-chief of the CMAJ, Dr. Kirsten Patrick, apologized on Thursday for publishing the letter, which she said “did not contain appropriate subject matter for publication” and “disgusted many readers across Canada.”

The letter, published on Dec. 20 with the headline “Don’t use an instrument of oppression as a symbol of diversity and inclusion,” was written by Montreal pediatric surgeon Dr. Sherif Emil in response to the CMAJ’s use of an image last month of two young girls, one of whom is wearing a hijab, that accompanied a piece on social interventions in primary care.

In the letter, Emil argued that he respects a woman’s choice to wear the hijab, a term commonly used to refer to the head covering many Muslim women wear, and said harassment and discrimination because of that decision is “real” and “wrong.”

He added, though, that “respect does not alter the fact that the hijab, the niqab and the burqa are also instruments of oppression for millions of girls and women around the world who are not allowed to make a choice.”

A number of organizations, including the National Council of Canadian Muslims, Muslim Advisory Council of Canada and Muslim Medical Association of Canada, criticized the letter for being Islamophobic and called on the CMAJ to retract it.

The online version of the letter has since been removed from the CMAJ’s website and replaced with a statement, saying the editorial process for the article was “flawed and biased.”

“CMAJ acknowledges and is deeply sorry for the considerable hurt that many people across Canada have experienced from reading this letter,” the statement reads.

Patrick, the journal’s interim editor-in-chief, meanwhile, said representation from Canada’s Muslim community is “currently lacking” on the CMAJ’s advisory bodies and is something she will “seek to remedy.”

She adds that while the CMAJ may have lost the trust of many stakeholders, she hopes the journal can earn it back “with humility and action.”

“I sincerely apologize for the considerable hurt that so many people, including medical colleagues and learners, have experienced from reading the letter. I take full responsibility for the inadequacy of editorial process that led to this error,” Patrick said.

“Furthermore, I should point out that the title of the letter was authored by the CMAJ and was not the responsibility of Dr. Emil,” she said.

Emil has since published a statement through the Canadian Healthcare Network in response.

He previously told CTVNews.ca that his letter tried to address the appropriateness of showing a toddler or “pre-pubescent” girl wearing a hijab, as well as the millions of women around the world who don’t have a choice either way.

Emil, who is Christian but grew up in Saudi Arabia and Egypt, also said he wished to share the viewpoint of a trainee, who asked to remain anonymous but said the image brought back memories of being forced to wear the hijab as a child.

After the trainee shared her viewpoint with the CMAJ, Emil said he was encouraged to respond to the journal’s use of the picture.

The National Council of Canadian Muslims has since thanked the CMAJ for removing the letter, saying it appreciates “the efforts of the editor in chief for taking action and doing the right thing” and looks forward to working with her to “ensure this never happens again.”

Tabassum Wyne, executive director of the Muslim Advisory Council of Canada, who also serves on McMaster Children’s Hospital’s family advisory council and works with the hospital’s anti-racism coalition, which includes a diverse group of pediatric doctors, told CTVNews.ca over the phone that she was glad the CMAJ “took the necessary steps to correct that mistake” and hear from diverse voices.

The council had a virtual meeting with the CMAJ’s interim editor-in-chief, Wyne said, during which it was suggested that the journal look at anti-Islamophobia training in the future.

Reading the letter, she says she considered the impact it may have on physicians and patients who wear the hijab.

Wyne also expressed concerns about having anyone on the internet read the letter in an accredited journal.

“And that’s why we pushed so hard to have it retracted, and we’re happy with the results.”

This story has been corrected to clarify Tabassum Wyne considered the impact of the letter to physicians and patients who wear the hijab.