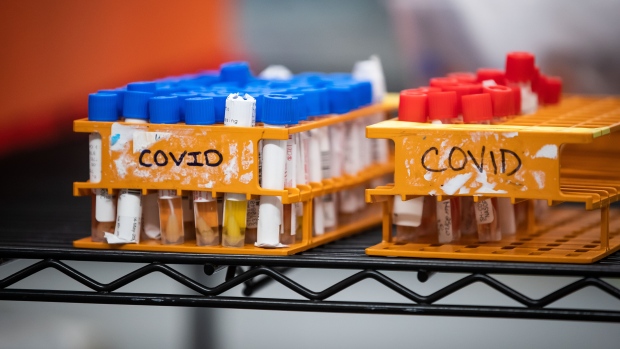 LONDON, ONT. — A research team out of London, Ont. says it is the first in the world to profile the body’s immune response to COVID-19, which could have big implications for treatment.

The team from the Lawson Health Research Institute and Western University say they have found six molecules that could be used as targets for treating the virus.

Since the beginning of the pandemic several studies around the world have reported that the immune system can overreact to the virus, causing a cytokine storm.

A cytokine storm can cause hyperinflammation in patients, which can have deadly results.

Until now clinicians did not know which molecules in the body to target in order to combat the inflammation.

“Our study takes away the guessing by identifying potential therapeutic targets for the first time,” said lead researcher Dr. Douglas Fraser with Lawson and Western.

Of 57 molecules studied a total of six were found to be elevated in critically ill COVID-19 patients.

They even were able to identify one molecule, called heat shock protein 70, as being strongly associated with an increased risk of death when found in the blood during the early stages of infection.

“Understanding the immune response is paramount to finding the best treatments,” said Fraser in a statement.

The study was made possible by funds donated to the London Health Sciences Foundation.

Now the team will be moving forward with testing potential treatments, according to Fraser.

“Our next step is to test drugs that block the harmful effects of several of these molecules while still allowing the immune system to fight the virus.”