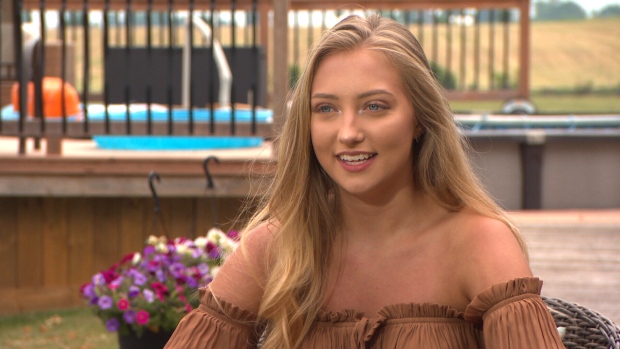 TORONTO — It’s rare to hear from young women with autism since it’s a disorder mainly attributed to boys and young men. But a 19-year-old from Lindsay, Ont., is trying to change how people perceive those with the condition — particularly girls

Paige Hennekam — who on social media goes by Page Layle, her mother’s maiden name — has become an “autism influencer” on social media, posting candid and educational videos about the challenges of life as a teen living with the disorder.

“I think that people think that I don’t look or act autistic… They just need to do some more research and see what is actually going on,” Hennekem said in an interview with CTV News.

After seeing people post negative or derogatory comments about people with ASD (autism spectrum disorder) she started producing videos for TikTok in mid-March, and now has more than 600,000 followers and 11 million likes on the app. She’s also been featured in People Magazine. Her focus is on how girls with autism are overlooked by doctors.

“When doctors were first studying autism, they only studied males,” Hennekan explained in one of her videos. “This makes it harder for anyone else to be diagnosed because everything is based off the male brain.”

A May 2017 study published in the peer-reviewed Journal of Autism and Developmental Disorders found the disorder manifests itself differently in females, because their symptoms may be different or more subtle than that of males, or they may hide their autistic traits by trying to fit in with their peers, which is also known as “masking.”

Hennekam says she learned to camouflage some of her behaviours by learning to act the way she thought she was supposed to.

“Often times, autistic girl children will get told like, ‘Oh you’re so mature for your age, you’re so you’re so quiet and sensitive,’” she said. “And then go and have a meltdown in their bedroom for three hours, because I know that that was me, because it’s hard.”

For most of her life, Hennekam said neither she nor her parents knew she had autism. Hennekam explained that she felt anxious and depressed. She says she couldn’t look people in the eye and experienced pain when people or objects touched her skin.

“I would just get so overwhelmed at so many things and especially if things didn’t go the right way,” she said.

By age 15, Hennekam said the distress led her to a suicide attempt. Shortly after she was seen by physicians and a psychiatrist who diagnosed her with autism — the diagnosis, she is convinced, changed her life.

“And a lot of the things that they said were me, exactly me, and I’m like, ‘That’s it. That makes so much sense,’” she said.

She was able to drop the masking behaviours and start being more of herself.

“It’s incredibly stressful and very draining, it can lead to a lot of burnouts. That’s why it’s important for society to be aware of autistics and how we act, so we can learn to name it,” Hennekam said in another one of her TikTok videos.

One in 66 children are diagnosed with autism in Canada, according to a 2018 report from the National Autism Spectrum Disorder Surveillance System (NASS). In terms of gender, the report found that for those between the ages of five and 17, autism effects one in 42 males and one in 165 females.

Those numbers may be missing the true picture because of how young girls with autism behave, said Dr. Melanie Penner, a developmental paediatrician at the Holland Bloorview Kids Rehabilitation Hospital in Toronto.

“They may be playing among other children when they’re younger, but tend to sort of move from group to group faster, without really kind of getting engaged in the play,” said Penner. “They may also like the same things that other kids, other girls may like, such as Disney princesses. But the degree to which they become interested in that and to which it sort of permeates through their whole life, may be more intense.”

It was a long and sometimes painful road to a diagnosis for Hennekam. Her parents — John and Tracy — said they’re happy with how their daughter’s message has resonated with so many.

“And she’s such a good speaker, and she cares, obviously, and she wants to help and it really makes us very proud,” John Hennekam added.

Hennekam is hearing from other young women and girls struggling with autism, but Penner says the vidoes may also help parents.

“It’s really important for parents to see, particularly if you’re a parent who’s not autistic yourself, to watch those videos, and to get that better sense of what it’s like, sort of inside the body, inside the mind of an autistic person,” Penner said.

What’s rewarding for Hennekam is that she’s helping others with autism and inspiring them to share their own stories.

“It makes me so happy to think that I’m helping people,” she said. “I love kids, and I just, I, it hurts to think that there’s any kids out there that are feeling the way I did. So I really hope that I can do something for them.”