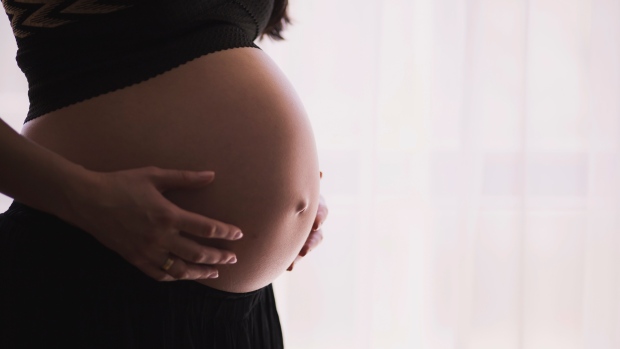 A new, small-scale study has found that pregnant and breastfeeding people appear to be using cannabis more to manage pregnancy-related symptoms and pre-existing health conditions, including nausea, vomiting, mental health problems and insomnia, among others.

Although there is a lack of evidence on prevalence and the effects of cannabis on offspring, the research, published Monday in the Canadian Medical Association Journal (CMAJ), reports that cannabis use during pregnancy and lactation appears to be increasing.

However, the study found that the reasons why more pregnant individuals are turning to cannabis has “very little resonance” with those of recreational cannabis users.

“The reasons for use provided by our participants more closely match those identified in studies of medical cannabis use, such as for controlling pain, anxiety, depression, muscle spasms, nausea or appetite, and for sleep, with many using cannabis to manage multiple symptoms,” the study’s authors wrote.

The study found that this group also reported using cannabis to improve mood, mental, physical and spiritual well-being, and manage stress during some stages of pregnancy.

The participants were at least 19 years old, had been pregnant or lactating in the past year, and had used cannabis during this time or in the three months prior to becoming pregnant.

The data was collected via interviews by phone or video call between November 2020 and March 2021. At the time of these interviews, 30 of the participants were pregnant and the remaining 22 were breastfeeding.

According to the study, researchers were able to identify three categories of reasons that people use cannabis during pregnancy and lactation: sensation seeking for fun and enjoyment; symptom management of chronic conditions and conditions related to pregnancy; and coping with the “unpleasant, but nonpathologized, experiences of life.”

The reasons that participants gave for using cannabis changed throughout their pregnancy journey.

Before pregnancy, the study found that the participants reported using cannabis in these three categories in similar proportions, with many offering multiple reasons for use.

Upon learning they were pregnant, some of these individuals reported stopping cannabis use “out of fear of harm to the fetus” while others stopped because of social stigma, guilt and health reasons.

However, those who continued to use cannabis during their pregnancy reported that they were primarily doing so to manage their pregnancy symptoms, including nausea, vomiting and pain.

After birth and during lactation, reasons for cannabis use changed again and returned to resemble those expressed before pregnancy, according to the study.

While researchers say their sample was “diverse in age, geography, education and occupation,” they acknowledged that it was similar to other studies of medicinal cannabis where participants were more likely to be white or Indigenous.

Researchers note that the findings may have “limited transferability” to pregnant and lactating people with other racial identities because of this.

According to researchers, the study suggests a need for counselling pregnant and lactating people on the potential harms of cannabis use, as well as the alternative approaches to symptom management.

“The dynamic nature of the reasons for use across stages speaks to participant perception of benefits and risks, and perhaps a desire to cast cannabis use during pregnancy as therapeutic because of perceived stigma,” the study’s authors wrote.

Dr. Meredith Vanstone, lead author and associate professor at McMaster University, said in a press release that it is important for physicians to understand why people are using cannabis during pregnancy.

“There’s an opportunity here for exploring the benefits that pregnant patients are getting from cannabis and helping them find alternatives that we know are safe for both mom and baby,” Vanstone said.

The study noted substitutes for cannabis can be both medical alternatives and therapeutic options.

Other studies have suggested that children who were exposed to cannabis while in the womb show higher levels of a stress hormone, anxiety, aggression, and hyperactivity. In addition, tests on the placenta indicate genetic changes linked to immune function for moms who use cannabis.

Another large study last year, led by researchers at The Ottawa Hospital, found evidence suggesting children with exposure during pregnancy had an increased risk of being diagnosed with autism. The same research team had previously reported that it also heightened the risk of early labour and has been linked to low birth weight.