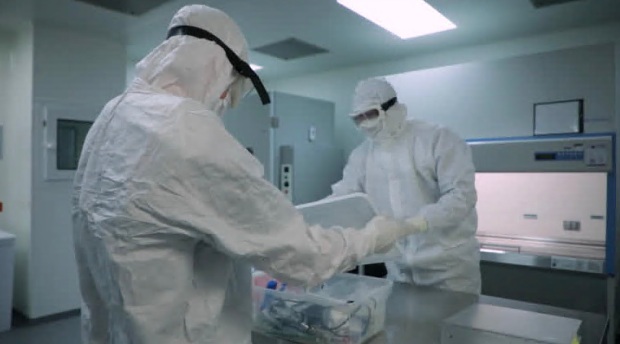 TORONTO — Owen Snider was given as little as three months to live. His blood cancer had returned and the prognosis was not good. The news, delivered over the phone during the height of the early pandemic lockdown in spring 2020, was devastating.

The Ottawa-area retiree began putting his affairs in order, preparing for what appeared to be inevitable.

And yet, a year later, Snider is alive — transformed, even — and his non-Hodgkins lymphoma is in remission. His second chance is all thanks to a promising, Canadian-run program for cancer treatment called CAR T-cell therapy.

Snider became one of the first patients to participate in a national research program that is assessing whether this experimental treatment can be done safely in Canada and cheaper than in the U.S., where costs can run upwards of half a million dollars per patient.

“I think I am a pretty successful lab rat,” Snider, who previously endured chemotherapy treatments and a stem cell transplant, said in an interview.

“Thirty days after treatment, the lymphoma was gone. So how can you not be happy about that?”

WHAT IS CAR T-CELL THERAPY?

CAR T-cell therapy is a type of gene therapy that trains or “engineers” a patient’s own immune system to recognize cancerous cells. A type of white blood cell, called a T-cell, is a key component of a body’s immune system. They are developed from stem cells in the bone marrow and help fight infection and disease by searching and targeting specific foreign substances, known as antigens, in the body.

The protein receptors on T cells bind to the protein antigens on the surfaces of foreign particles that fit those receptors, like a lock and key. The foreign substance is eradicated once their antigens are bound to a T-cell. But blood cancer cells are normal cells that undergo mutations, so they are not recognized as a foreign threat to the body. In other words, T-cells generally do not have the right receptor “key” to fit with the antigens of a cancer cell.

CAR T-cell therapy modifies the cells so they are able to identify the cancer cells and destroy them. It’s a labour-intensive process that involves taking blood from a patient and separating the T-cells. Then scientists add a gene to the cells that gives them instructions to develop an artificial receptor called a chimeric antigen receptor, or CAR.

“We actually take the T-cells out and we modify them in the lab and put them back into the patient. So now they’re able to recognize the cancer and kill it off,” explained Dr. Kevin Hay, Medical Director for Clinical Cell Therapy with BC Cancer.

“I think we’re just at the cusp of really understanding what this is going to do for patients in the future.”

The therapy is a labour-intensive process — Snider’s cells were shipped to Victoria, B.C to be processed in a special lab facility, then shipped back to Ottawa about a week later, where they were infused back into his body.

The treatment is still being studied, but is already available for some cancers in the U.S. and Canada at a steep price.

Researchers began trials in Canada in 2019 to see if it could be done domestically at a lower cost, highlighting the importance of having key medical production and therapies available in Canada.

“We knew we had to do domestic manufacturing and if we’ve learned anything from COVID-19, it’s that domestic capability is really important when it comes to science and medicine, and this is a perfect example of that,” said Dr. Natasha Kekre, a hematologist and lead researcher on the trail based at the Ottawa Hospital.

Progress was impacted slightly by the pandemic, but Snider was fortunate enough to participate and is the first patient to come forward to discuss their experience and why he hopes the program will expand across Canada to help others dealing with otherwise untreatable forms of cancer.

Scientists are hoping to release more data in the coming months — more than 20 patients have been treated so far, according to Dr. Kekre.

“This is hopefully just the beginning for us. So this first trial was a foundation to prove that we could actually manufacture T cells, that we could do this in a clinical trial. And so this trial will remain open for patients who are in need,” she said.

“So absolutely we feel like we’re opening a door.”

Snider’s first experience with cancer treatment was more than a decade ago, in 2010, when he underwent a powerful and aggressive chemotherapy regimen that helped him stay cancer-free for six years.

But the treatment was so harsh that when his cancer came back in 2016, doctors told him he could not go through that kind of chemotherapy again. Instead, Snider underwent a stem cell transplant, which gave him another four years without cancer, until April 2020.

This time the outlook was grim, so doctors decided to try and get him into the CAR T-cell trials that started just before the pandemic hit. The study was specifically for patients with acute lymphoblastic leukemia and non-Hodgkin’s lymphoma who were not responding to other treatments.

Snider said the entire process was a “walk in the park” compared to what he had gone through before. He was given a mild chemotherapy treatment for three days while his T-cells were being modified in a lab on the other side of the country.

“[The T-cells] went to work right away. There’s a period of time where there’s a lot going on inside fighting each other and that sort of thing. You don’t feel great or you don’t really know how you feel,” Snider described. The treatment was met with “outstanding success.”

For Dr. Kekre, the results bring hope. Snider has done quite well and does not have any evidence of lymphoma at the moment, she said.

“I’m unfortunately in a business where I often have to give bad news, and it is really motivating and exciting to be able to offer therapies to patients who didn’t have options and to make them better,” she said.

The trial is currently at the stage where scientists are making sure the product remains safe. Side-effects can include neurotoxicity, which harms the nervous system, and cytokine release syndrome, which triggers an acute system-wide inflammatory response that can result in organs not functioning properly. But so far researchers have, for the most part, been able to manage and reverse any side effects.

With such promising outcomes for patients who otherwise had no options left, researchers are talking about expanding these studies across Canada and to other forms of cancer. For now, the lab in Victoria is the only facility equipped to make these cell modifications.

“I think it’s really going to be revolutionary with how we treat cancer in the future, not just blood cancers, but all cancers,” said Dr. Hay.

Today, Snider is healthy and strong, even able to chop wood at his home near Ottawa. He and his wife Judith, a retired federal judge, are enjoying life anew.

“It certainly has given us a future that we didn’t know we had,” she said.

The treatment not only bought Snider extra time, but also significantly improved his quality of life.

“What was given to me is practically a normal life,” he added.