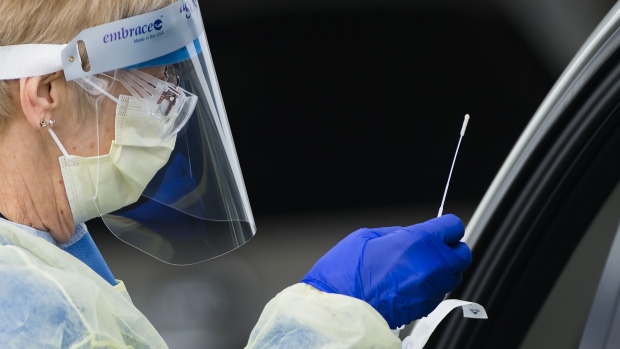 TORONTO — Doctors in Japan are warning other physicians to be on the lookout for COVID-19 among patients with other respiratory infections as more than one virus can be present at the same time.

In a case study, published last week in The BMJ, the doctors profiled the case of a 57-year-old Japanese man who worked in customer service at a restaurant.

The patient’s fever lasted four days while in hospital, while his difficulty breathing and low oxygen count in his blood began to improve after a week. The man remained in the hospital for four weeks, but was eventually discharged.

The doctors note that this case should be an indication to other health-care professionals to check for COVID-19 among patients with other respiratory infections.

“During the epidemic, the possibility of COVID-19 should be considered regardless of positive findings for other pathogens,” the doctors wrote in the case study.

Patients infected with other respiratory viruses along with COVID-19 are not unheard of, though it’s unclear how often that occurs.

Studies from New York City and Northern California show 2.1 per cent and 20.7 per cent rates of respiratory infections and COVID-19, respectively. A third study from Wuhan, China shows 4.35 per cent of the COVID-19 patients examined had also been diagnosed with influenza.

In Texas, Eleana Topp was diagnosed with COVID-19 and the flu at the same time back in March.

Soon after her diagnosis, Topp was placed on a ventilator and her family watched as her condition worsened to the point of multiple organ failure.

“In my mind, I said ‘She’s not going to the die from this, she’s going to survive,’” Daniel Topp, Eleana’s husband, told CNN. “There’s no doubt that she was.”

After seven weeks, she was able to get off a ventilator and continue rehabilitation. She was able to return to her home last week.

However, the doctors behind the BMJ report note that there is no indication whether someone who has contracted another virus is more or less likely to contract COVID-19.

“There was no significant difference in the rates of SARS-CoV-2 infection in patients with and without other pathogens, the report states. “The presence of a non-SARS-CoV-2 pathogen may not provide reassurance that a patient does not also have SARS-CoV-2.”