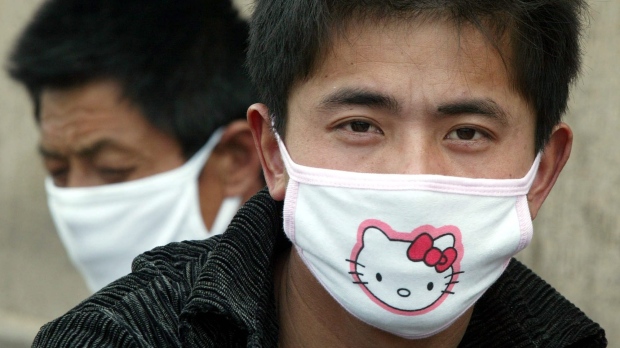 BEIJING — The number of cases of a new type of viral pneumonia linked to a food market in central China has risen to 44, local health authorities said Friday, in an outbreak awakening fearful memories of the 2002-2003 SARS epidemic.

Of those cases diagnosed since December, 11 were listed as critical, the Wuhan city health commission said on its official website. All were being treated in isolation and 121 people who had been in close contact with them were under observation.

The most common symptom was fever, with shortness of breath and lung infections appearing in a “small number” of cases, the commission said, without giving further details. Thus far, there have been no clear indications of human-to-human transmission of the disease, the commission said.

While the cause of the disease remains unknown, the commission said it has ruled out known respiratory diseases including avian influenza, which has appeared occasionally in China among people working with live poultry.

Most of the cases have been traced to the South China Seafood City food market in the suburbs of sprawling Wuhan, where offerings are reported to include wild animals that carry viruses dangerous to humans. The commission said the market has been disinfected and investigations into links to the outbreak were underway.

In Hong Kong, the Hospital Authority said two female patients who recently travelled to Wuhan had been admitted to hospital and were being treated in isolation for fever and respiratory infections or pneumonia symptoms. The two, aged 12 and 41, were listed in stable condition.

The authority said neither had been to the South China Seafood City and it wasn’t clear if there was a direct connection to those patients in Wuhan. A total of five patients have been hospitalized in Hong Kong since December with similar symptoms, two of whom have been discharged, the authority said.

Authorities have sought to quash fears that the outbreak marks a re-emergence of Severe Acute Respiratory Syndrome, which emerged from southern China and killed more than 700 people in mainland China, Hong Kong and elsewhere.

SARS was brought under control through quarantines and other extreme measures, but not before causing a virtual shutdown to travel in China and the region and taking a severe toll on the economy.